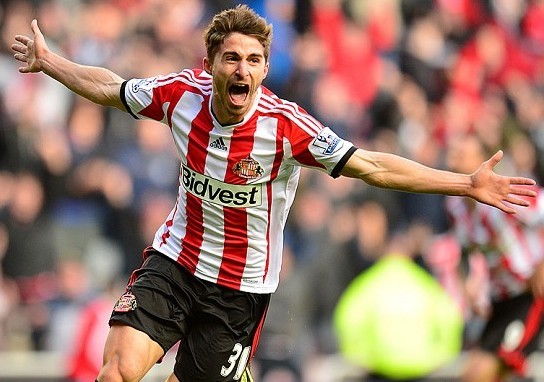 Celtic are closing in on a deal for Aberdeen attacker Jonny Hayes and Sunderland’s Fabio Borini remains a target for Brendan Rodgers, according to Chronicle Live.

The Bhoys went through the 2016-17 campaign unbeaten domestically, recording a momentous treble in the process.

However, the focus this summer will be to improve the Celtic squad in an attempt to make more of an impression in the Champions League next season.

Hayes has had an excellent campaign for second-place Aberdeen and as such is not short of suitors.

The report suggests that Celtic are set to win the race for the Republic of Ireland international however, beating some Championship sides to the 29-year-old’s signature.

There has been talk of Dons loanee Ryan Christie going the other way permanently, while a fee in the region of £1.2 million has been touted.

Hayes would have the unenviable job of replacing Patrick Roberts in the Parkhead squad after the Manchester City man returned to the Etihad Stadium following the culmination of a loan spell in Glasgow.

Borini meanwhile looks almost certain to leave Sunderland after the Wearside club’s relegation from the Premier League in 2016-17.

The Italy international is said to have a £6 million mandatory release clause in the event that the Black Cats drop out of the top tier – with Rodgers keen to activate it.

The Northern Irish manager knows Borini well from their mutual time together at English clubs and the high-energy forward would be another asset to an already impressive Celtic frontline if he moved to Parkhead.

The former Liverpool forward would have the likes of Moussa Dembele, Leigh Griffiths and Scott Sinclair as competition for a berth in the dominant Hoops’ starting XI.