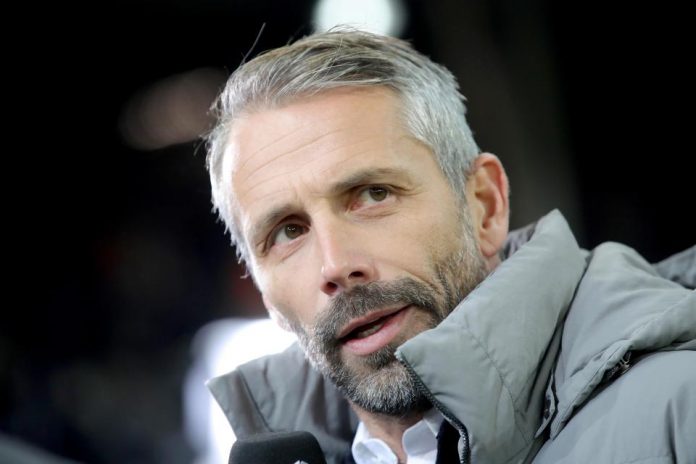 Celtic fans are keen on seeing Marco Rose as the club’s manager next season.

Former Hoops star John Hartson took to Twitter to ask the fans who they want as Celtic’s permanent manager and most of them are convinced that the 42-year-old manager is the right man to take them forward.

Neil Lennon is currently managing the club and it will be interesting to see if Celtic appoint a new manager at the end of this season.

Lennon has started well for Celtic but it is clear that the Scottish giants need rebuilding and Lennon is not someone who can help them make their mark in Europe over the next few years.

The former Celtic man is good enough to steady the ship for now but he lacks the quality to take the club forward.

Rose has done a very good job with Salzburg in Europe on a shoestring budget and it will be interesting to see how he does in Scotland if he is given the job.

Here is what the Celtic fans had to say about him on Twitter.

Marco Rose would be a cracking appointment, although how realistic it is I don’t know. Failing that I’m not sure this is time for a ‘project’ type appointment. I think if we can’t get a top experienced manager in we have to go with Lennon. It’s his job to lose.

Rose or Wagner. First one got a team on a smaller budget to a European semi. Second one because I liked the way he got Huddersfield promoted.

Marco rose. Has turned Salzburg into a proper European team with a budget smaller/same as celtic, plays a style of football that we as a club aspire too. Played against us twice this season and tore us apart home and away. If we want to go forward long-term, get him in! ??

Marco Rose. His team completely outplayed Rodgers team.
On similar budgets for spending as we have.
His team’s pressing was different level and he manages a high quality team that gets results in Europe.
Cool name too! 🙂

Marco Rose
Take us the next step in Europe

Marco rose for me, but more than happy if Lennon gets it full time in the summer

? Marco Rose… In the hope he could bring his RB Salzburg vision & scouting network along with him.
Similar budget to us, less salary than BR & smaller wage bill ?