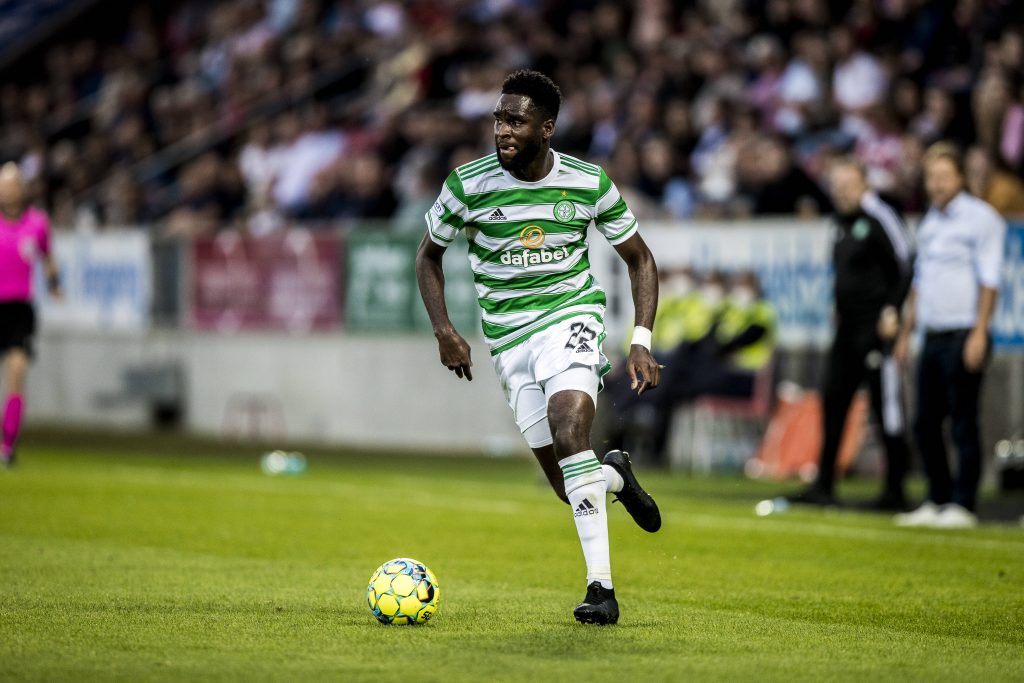 Celtic crashed out of the Champions League after a 2-1 defeat in the second leg of the qualifiers against Danish outfit FC Midtjylland last night.

Callum McGregor gave the visitors the lead with an outstanding goal in the 48th minute.

However, the home side got back into the contest through Awer Mabil around the hour mark. Onyedika scored the winner for the hosts in the 94th minute.

The Hoops will now face Czech outfit FK Jablonec in the third qualifying round of the Europa League next week.

A win over Midtjylland would not have guaranteed Celtic’s place in the Champions League.

The Hoops would have faced PSV Eindhoven in the next round of the competition.

Celtic fans were devastated by the result and some of the performances last night.

Star striker Odsonne Edouard produced a lacklustre display and was criticised heavily on social media after the game.

The player has been linked with a move to the Premier League, and some fans believe that his head has been turned.

The 23-year-old is undoubtedly the best striker at the club, but his effort and commitment appeared to be lacking in a crucial game.

Here is what some Celtic fans had to say about Edouard’s performance against Midtjylland last night.

I can't remember the last time I saw Odsonne Edouard do anything of note.

He's not alone in that, but he's the main man – you expect more

This is the worst game I have ever seen Edouard play

Love Odsonne Edouard to bits but my god, you wouldn’t pay 18p for him tonight.

Edouard is already thinking about his next photoshoot on Brighton beach. Zero effort again from the big doughnut.

Fully appreciate everything Odsonne Edouard has given the club, fantastic player & for sure the best in Scotland.

However, get him out of the door ASAP he was a passenger tonight. Get the Brighton deal done & reinvest.