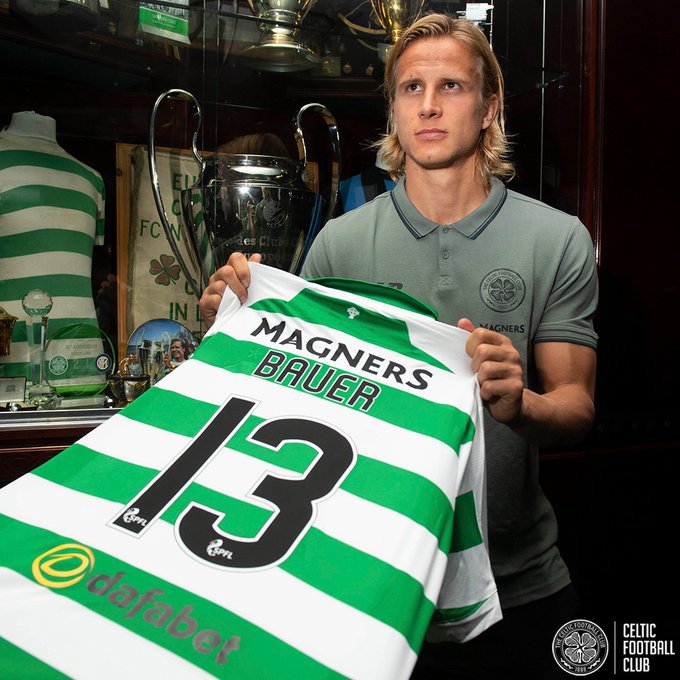 Celtic yesterday confirmed on their official Twitter handle that they have signed Stoke City defender Moritz Bauer on a season-long loan.

A lot of Celtic fans have taken to social networking site Twitter to express their reactions after the official announcement was made. And judging by their overall reaction, it seems a majority of the fans aren’t impressed with their new signing.

The 27-year-old has struggled to make an impact at Stoke City, and many Celtic fans doubt whether he is the right buy for the club. Also, some fans aren’t happy with the fact that Celtic have signed him on a temporary deal when they should be aiming to sign players permanently.

Here are some of the selected tweets from Celtic fans:

Are we a joke to you

The board are just taking the fans for granted, we pay our money up front and this board has failed time and time again in the team in the last 3 transfer windows. #hadenough #timeforchange

Yet another bitpart loanee to add to the collection. Our board have no dignity at all. How is signing bang average loanees gonna take the club forward? Worst part of it is we slagged the other half of Glasgow for doing the same thing now they’re outbidding on us players.

Finally some good news on the transfer front. But another loan, why can’t we just sing players permanently like a normal club?