Capello takes a leaf out of Mourinho’s book 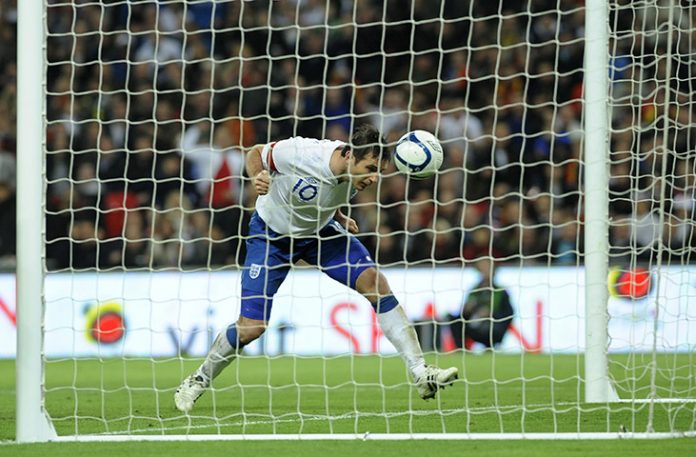 The anti-football of Mourinho and Capello can reap rewards, but more is needed for England to be contenders for EURO 2012.

On the face of it, it was not overly surprising. The 7th best team in the world, England, beat the best team in the world, Spain, 1-0 at home in a friendly international. Bearing in mind that Spain also lost friendlies to Italy, Portugal and Argentina since they won the World Cup last summer, it certainly is not a result that will cause too many ripples in world football.

It was the manner of victory that was far more interesting. Some commentators have suggested the victory paid homage to Capello’s ultra-defensive catenaccio ways so successfully employed in the 1990s with Milan, with a solid back four and protection from deep lying and combative midfielders frustrating Spain. Along with much of the Spanish team, Cesc Fabregas labelled England’s gameplan as “negative tactics”, lambasting them for “lacking in talent” and setting up to defend for nearly the entire 90 minutes.

However, the whole scenario has parallels with far more recent events. Given the core of players who make both Spain and Barcelona tick and the similarities in style, to all intents and purposes it is the Barcelona influence (supplemented by the best of Real Madrid) that has made Spain both European and World champions. And the only man who has been able to find the methods to challenge the Barcelona way in the past few seasons has been a long time friend of the English, Jose Mourinho. Two series of fixtures in particular spring to mind. 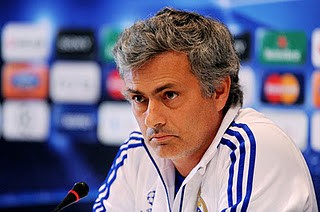 April 2010 witnessed a Champions League semi-final between Mourinho’s Internazionale and Barcelona. The first leg demonstrated a Mourinho masterclass of defensive pressing and swift counter attack as Inter won 3-1. The 2nd leg, despite Inter losing 1-0, was in truth even more impressive. Down to 10 men for over an hour, Inter soaked up everything Barcelona could throw at them. The statistics were bewildering. Inter managed just 67 passes as opposed to Barca’s 548 and over 80% possession. There were even charges (though denied by Mourinho) that Inter were happy to give the ball to Barcelona so as to not disrupt their own defensive shape.

Fast-forward a year to the latter end of last season. Mourinho’s Real Madrid held Barcelona to a 1-1 draw in La Liga followed swiftly by a 1-0 victory in extra time over their archrivals in the Copa del Rey. In both these matches, Mourinho operated with a ‘trivote’ system, sacrificing an attacking player in favour of a defensive midfielder.

Mourinho used Pepe, a natural central defender, as a midfield enforcer alongside Xabi Alonso and Sami Khedira, all focusing on defensive tasks and keeping Barcelona largely at bay. The use of Phil Jones in a side also containing James Milner, Frank Lampard and the imperious Scott Parker on Saturday bore considerable resemblance to this strategy. 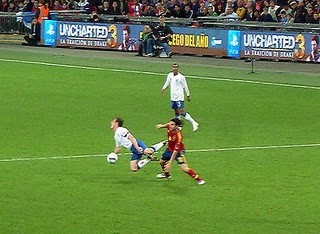 Over these two fixtures, Real Madrid registered a mere 22% possession and 65% pass success as opposed to Barca’s 78% possession and 90% pass success. Yet it reaped dividends for Mourinho – and almost continued to work in the Champions League semi-final between the clubs until Madrid were reduced to 10 men and Messi ran riot.

To anyone who watched England soak up the Spanish possession (71%) and pressure continuously on Saturday evening, this may make familiar reading. This is not to suggest this is the way football should be played all the time. It is definitely not what England should look to repeat too often. And it certainly will not work every time it is tried. But under the right circumstances the methods employed by Capello on Saturday can be very effective.

Ultimately the most important question is whether England can be contenders at EURO 2012. Much has been made of England’s ongoing attempts to emulate the Spanish style, assurance on the ball and technique with the next generation of players. Nevertheless to be contenders in the short term, England must not necessarily look to Spain. The gulf in class is too great at present. In fact we should look to Germany for inspiration. 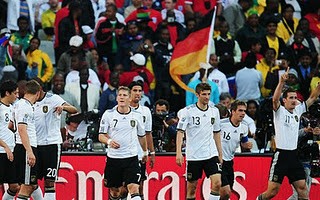 England should build on the defensive prowess and determination that they have long been renowned for and personified by Scott Parker against Spain. The challenge for England is to add the power, pace and counter-attacking devastation of the type displayed by Germany at the last World Cup to a steely defence. If Bent and Walcott are not the answer, then the likes of Sturridge, Welbeck, Adam Johnson, Ashley Young and Aaron Lennon could well have parts to play in the absence of Wayne Rooney and the increasingly injury plagued Steven Gerrard and Jack Wilshere.

If Capello manages to blend the right personnel before EURO 2012, England might be able to compete with the top nations next summer.