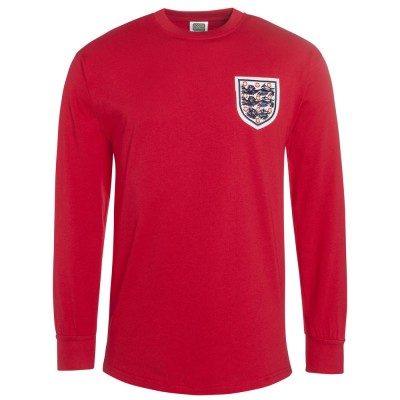 Even David Cameron thinks Nike are charging too much for a new England World Cup shirt. The 90-pound price tag has turned off many England fans, and the Prime Minister is among them: A spokesman for Cameron said, “Does he agree with Helen Grant that £90 is a great deal of money for a replica shirt? Absolutely.”

Cameron also recently said in an interview that, “Parents are under enormous pressure to buy the latest kit and we shouldn’t be taken advantage of. It’s very expensive.”

Of course, Nike’s effort for England’s World Cup campaign this summer is based on retro England kits. Both the home and away shirts harken back to a simple, classical era of football shirts.

But instead of getting a new retro shirt for 90 pounds, there’s a better option: Buy a real England retro shirt from CampoRetro.com for only 25 pounds – 65 pounds less for the throwback shirt that England’s new kits have been based off.

Campo Retro is one of the biggest providers of retro football shirts, and it’s not just England that they cover: They also have retro kits for almost all Premier League teams, plus old kits from clubs like Leeds United and Derby County, who were at the top of the domestic game in the 1970s and 1980s.

If you want a national team shirt, you can get a player name like Kevin Keegan, Trevor Francis, Glenn Hoddle, or Ray Wilkins on the back for only ten pounds more.

In addition to selling great retro jerseys, Campo Retro also has information and write-ups on the history of various shirts. The site is very much about the culture of football shirts, as well as the sale of them.

Plus, right now, you can enter a contest on the Campo Retro website to win a trip to Lisbon to see two of Real Madrid, Chelsea, Bayern Munich, and Atletico Madrid contest the Champions League Final, the biggest single event in club football. 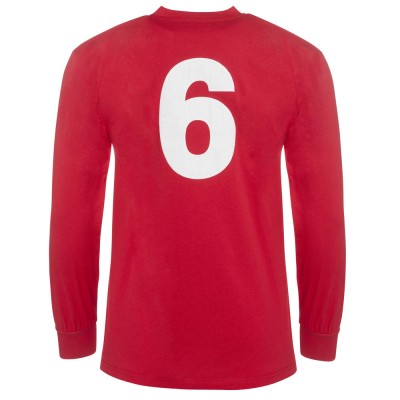 Also going on now: If you buy your shirt from Campo Retro before April 11, the site will donate to the Bobby Moore Fund, which aids bowel cancer research efforts and awareness.

Football shirts are expensive these days. Says me, says you, says David Cameron. Too expensive, especially when they’re releasing new ones each year.

But with Campo Retro, you can buy some of the coolest and most iconic shirts in English football for more than two times less what a 2014 shirt costs. In the case of England – with the World Cup in Brazil approaching – you can support the Three Lions with a retro shirt that is more than three times less than the new shirts from Nike.

With Campo Retro, your premier destination for football shirts, you can support your team for cheap and look good doing it.

Campo Retro is a Soccerlens sponsor.