British Interest in Fabio Capello now to Include Liverpool and Newcastle

The interest for ex-Real Madrid manager Fabio Capello is progressively growing across the Channel. After the many rumours picking him as one of the favorites for the England job, the Italian tactician now features prominently on the managerial shortlist of two EPL clubs: Liverpool and Newcastle. Or does he?
.

According to the Daily Mirror, Capello was contacted twice already by the Reds club, one time before the Liverpool match against Porto last week, and one time after. With the increasing tensions building up between current Reds manager Rafael Benitez and American bosses George Gillett and Tom Hicks, it doesn’t come as much of a surprise to see the “powers that be” at Merseyside scan the market for the Spaniard’s replacement. Although, judging by the very latest news, it seems that a “ceasefire” has been agreed between Benitez and Gillett/Hicks, especially after a large majority of the club’s supporters openly supported the Spanish manager in a demonstration before the match against Porto. Not only that, but several Reds player (above all: Fernando Torres) have declared that if Benitez were to leave Merseyside, they’d be “following him out the door pronto”.

Nevertheless, the future of Benitez at Anfield seems to be hanging by a very thin thread. With managers like José Mourinho unable to coach in the EPL until the end of the year (due to the release clause the Portuguese manager signed, when his contract with Chelsea was terminated), Gillett/Hicks would have no trouble cutting that thread off if the possibility of hiring Capello became substantial.

When asked to comment, Liverpool’s Chief Executive Rick Parry cut speculations short, by stating through Liverpool Echo that “Capello hasn’t contacted us, nor have we contacted him”.
.

On top of Anfield, Capello seem to be gathering a lot of attention on the side of St. James’ Park. According to the Daily Star, club owner Mike Ashley is believed to be prepared to give the current boss Sam Allardyce until Christmas “to turn things around“, but is putting in a contingency plan in case the club’s dismal form continues and they are forced to give English manager the axe.

The Star commented that “many Toon fans would like to see Alan Shearer as boss, but Ashley plans to send a delegation to Italy to speak to Capello and see if he would be interested if the job does become vacant“. Capello has made it abudantly clear he would love to manage in the Premier League, and has already voiced his interest in the England job.
. 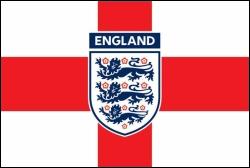 So what about that England job? Well, the current rumours tying Capello with Magpies and Reds should give the English FA a bit of a warning, that if they don’t act soon the Italian coach might slip them from under their fingers. Capello has already received many positive approvals from the “12 Wise Men” that FA Chief Executive Brian Barwick consulted these past weeks. According to the Daily Mail, Barwick should end his “tour” this week, and should announce his decision before Christmas. “By the end of this week Barwick will have spoken to all those he intends to consult, Sir Alex Ferguson and Arsene Wenger included, and officials are not ruling out the possibility of an appointment in the next three weeks. The FA board meet on December 19, by which time Barwick would like to be in a position to make his recommendation” the Mail quoted.

Obviously, all the odds are pointing towards José Mourinho right now, whom Barwick is expected to meet an intermediary of in the next few days. According to a source quoted by the Mail, “Mourinho would be interested in the job were the salary to exceed the £5million a year Sven Goran Eriksson received towards the end of his tenure.

Meanwhile, John Terry has once again expressed his warmest recommendation for the ex-Blues manager. “He’s one that really stands out for me and could make a big difference“, Terry told Sky yesterday. “He’s a great guy tactically, he’s very aware and he understands the game very well. He came in and took us to a new level. I’m lucky to have been able to work with Jose. He’s a fantastic manager and a fantastic guy“.

To the Liverpool and Newcastle fans: What do you think? Would you support the appointment of Capello as manager of your club, or would you rather have him coach England, with the hope that he will finally take the Three Lions to a new level?