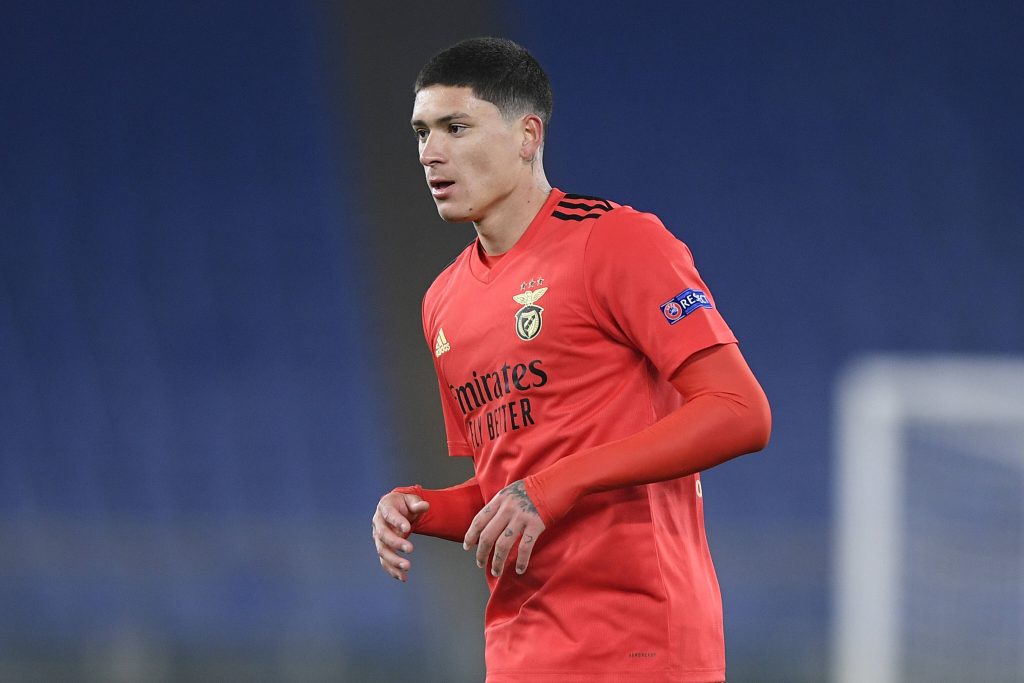 The Seagulls were keen on landing the Uruguayan last year, but Benfica won the race to sign him from Almeria for £20 million.

The 22-year-old had a productive season for the Portuguese giants, registering 14 goals and 12 assists from 44 appearances.

It is now reported that the Seagulls are back in the hunt for the marksman, who is still under rehabilitation after a knee surgery.

Brighton are searching for a new striker this summer, and they have been heavily linked with Celtic’s Odsonne Edouard in the past few weeks.

However, it appears that they are prioritising a move for Nunez. Portuguese outlet O Jogo (page 12) claims that the club have failed with an opening £25.6m (€30m) bid.

Benfica reportedly value him at £38.4m (€45m). The Seagulls are unlikely to meet the price, and it remains to be seen whether they can negotiate a lesser sum.

Nunez does not have any history of injuries, but Brighton need to be wary of spending big on him as he continues to recover after a knee surgery.

The Uruguayan is not someone that likes to drop deep to receive possession. He is more of a traditional striker who can make goalscoring contributions.

Brighton could benefit from his services as they are not short of creators. Their main concern was finding the back of the net last season.