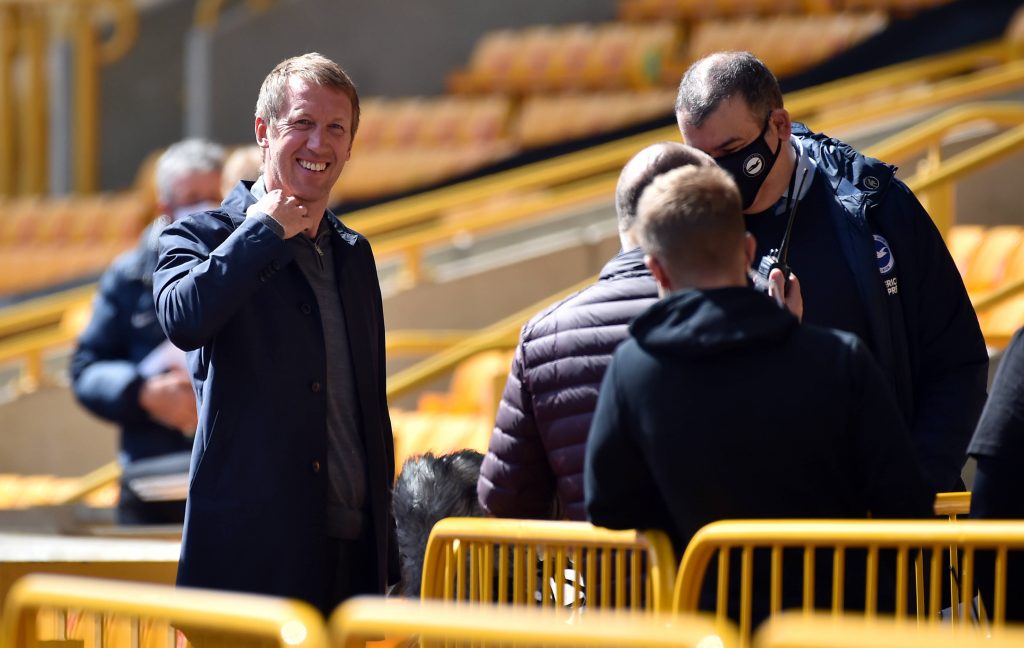 With four years left on his contract, Spurs would have to part with £15 million in compensation to land the 46-year-old, but he will only leave the Seagulls for a top-four job.

Potter is willing to wait and enhance his reputation, hoping that Liverpool or Manchester City will eventually come calling.

Tottenham appear to be fully focused on Nuno Espirito Santo at the moment, but an agreement between both parties is far from being sealed.

Spurs have spent two months trying to get a replacement for Jose Mourinho, but that task has proven extremely difficult.

While they remain a big club, the north Londoners have lost their Champions League status, only qualifying for the inaugural Europa Conference League at the end of last season.

Potter has been linked with Tottenham from the moment Mourinho was sacked, and that he is not willing to leave Brighton for them speaks volumes.

Leicester City manager Brendan Rodgers was not keen to leave the Foxes for Spurs, while Antonio Conte rejected them despite being a free agent.

Understandably, Julian Nagelsmann preferred the Bayern Munich job while Hansi Flick is set to take over the German national team after Euro 2020.

The fact that top managers are not interested in the job should get chairman Daniel Levy thinking.

Erik ten Hag is not ready to leave Ajax for N17, and Potter prefers a top-four job.

Tottenham have to get major decisions right going forward, and the choice of their next manager will have a huge say on their fortunes on and off the pitch next season.