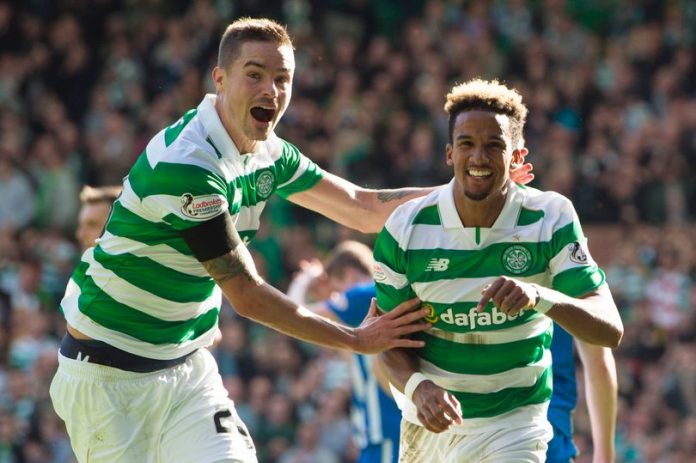 Celtic manager, Brendan Rodgers, believes that Scott Sinclair is ready to play for England in their next World Cup qualifier against Scotland

Sinclair has been capped at every England level except the seniors. However, he has caught the attention of England manager Gareth Southgate, following an impressive season.

The 28-year-old has enjoyed a great campaign with the Scottish champions where he scored 23 goals in all competitions. Moreover, Rodgers believes Sinclair has all the qualities to represent his national team.

England will face Scotland in the next World Cup qualifier on June 10. When asked whether Sinclair could get an international call-up, Rodgers said, as quoted by The Daily Record:

“Gareth played 4-3-3 in one of their last games, which we play at times, so he knows the role and you need people who are direct, who can score and play. What Scotty’s shown, which maybe he hadn’t in the last few years, is that he has the confidence.

The England manager has plethora of attacking options but Rodgers said Sinclair could be a good option for his country if they are looking for someone who provides a genuine goal threat. He added:

“With Scotty, he’s shown that and with England, he suits the criteria. He’s fast, strong, has good technique, an eye for goal, robust and works hard. It wouldn’t surprise me. Having worked with players at that level closely, he’s at that level.”

The former Liverpool manager said that he has brought the best out in Sinclair after his struggles at Manchester City and Aston Villa. Rodgers said that he had focussed on Sinclair’s strengths rather than his weakness which helped him play with confidence.