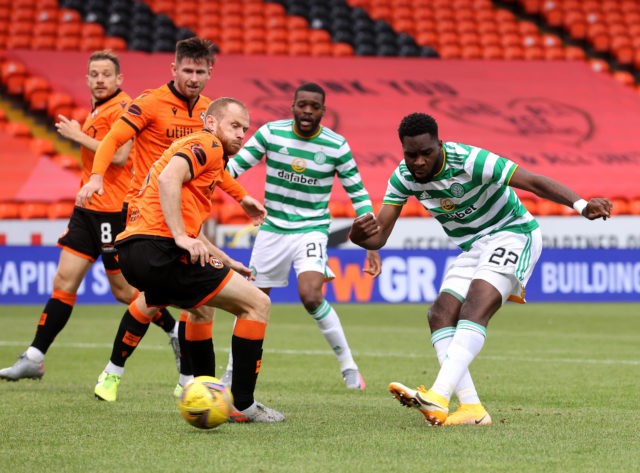 Aston Villa are reportedly interested in signing Odsonne Edouard from Celtic in the summer transfer window.

There have been suggestions recently that Dean Smith’s side could launch a big-money bid for the French striker.

The Sun reported last week that Villa are planning to make a bid of £30 million for the Celtic striker. Premier League rivals Crystal Palace and Leicester City are also interested in signing the 22-year-old Celtic talisman.

However, a report in the Scottish Sun has claimed Edouard is likely to reject any offer from Aston Villa.

The former PSG striker will hold out for a better offer than that of Villa. He is happy at Celtic and is not agitating for a move.

Marcelo Bielsa’s side are also interested in signing Edouard this summer. In fact, Leeds have earmarked him as one of their top targets.

The Whites need to bolster their forward department this summer, and Edouard would be a superb signing for them.

It seems like Edouard, who scored 28 goals last season, wants to join a better club than Villa who narrowly survived relegation last season.

Therefore, whether he would be interested in joining a new-comer like Leeds remains to be seen. At the same time, the lure of working with a world-class manager like Marcelo Bielsa could attract him.

Nevertheless, the news would come as a sign of encouragement for Leeds, and it could prompt them to come up with a handsome bid for him in the coming weeks.