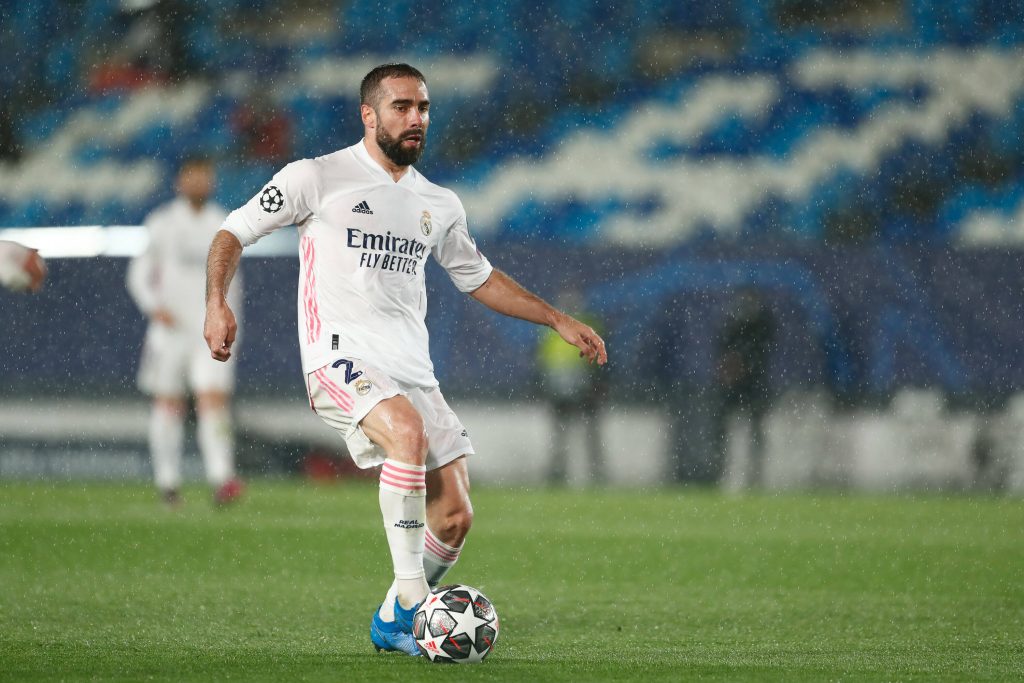 Dani Carvajal has sustained a hamstring injury which is expected to keep him out for the rest of the season.

The Spaniard has had his campaign blighted by injuries, playing under 1,000 La Liga minutes and featuring just twice in the Champions League. Real Madrid have coped without him, but he is a useful addition to their squad.

He has only just returned from a two-month lay-off, featuring in the league fixtures against Cadiz and Real Betis, as well as the home leg in their Champions League semi-final against Chelsea.

However, according to Spanish radio station Onda Cero, and relayed by the Daily Mail, Carvajal will not play another minute of football this season due to a hamstring injury sustained in training.

This will be a bitter blow to Madrid, who are already light at the right-back spot. Carvajal’s return to fitness was soured somewhat by the news that Lucas Vazquez was ruled out for the season with a knee problem.

This leaves the club with only Alvaro Odriozola in that spot. The former Bayern Munich loanee has made only eight league appearances this campaign.

Nacho Fernandez is also able to cover there, as shown during the 2018 World Cup. However, he is naturally a centre-back and will likely remain there until captain Sergio Ramos recovers from his injury.

As of now, it is unclear whether Carvajal will be available for this summer’s European Championships. He will likely be Luis Enrique’s first-choice right-back if he is available. If not, the burden could fall to Sevilla’s Jesus Navas.

The news will come as a boost for Madrid’s La Liga rivals. Los Blancos are part of a tightly contested title race with Atletico Madrid, Barcelona, and Sevilla.

Having drawn against Getafe and Real Betis in recent weeks, they cannot afford to drop many more points if they want to lift the trophy.

Chelsea will also be encouraged by this update. The Blues are due to face Madrid at Stamford Bridge for the second leg of their Champions League semi-final.

The first leg finished 1-1, with left-winger Christian Pulisic getting on the scoresheet. The American will be in confident form and will fancy playing up against Zinedine Zidane’s third choice right-back.