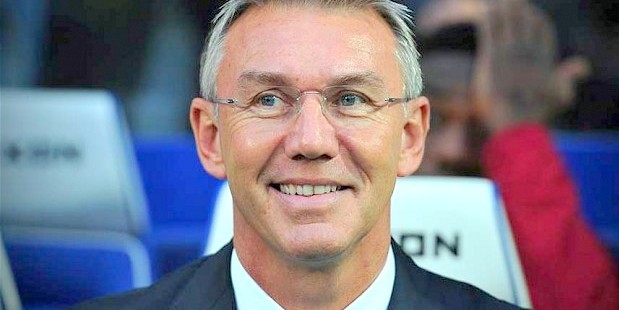 Former Blackburn captain, Tim Sherwood, could make an emotional return to Ewood Park as he is under consideration to take charge of the vacant managerial role.

Blackburn are looking to appoint their eighth manager in less than seven years, after Own Coyle was relieved from his job yesterday.

The club owners took the decision following Blackburn’s 2-1 defeat to Manchester United in the FA Cup last week, but made the official announcement on Tuesday.

The club owners, Venky’s, are keen to make a quick appointment, and Sherwood could be set for an emotional return.

According to reports from the Mirror, Rovers’ director of football, Paul Senior, is playing a key role in appointing the new manager.

Sherwood, who captained Blackburn to the Premier League title in 1995, is currently director of football at Swindon. However, the former Spurs manager would love to return to management if he is given an opportunity.

Blackburn are second bottom of the Sky Bet Championship, and if the results do not improve quickly they will be in real danger of dropping into the third tier.

Former Southampton manager, Nigel Adkins, is also considered for the Blackburn managerial job. According to Daily Mail, Adkins is expected to become the new manager.

Blackburn fans took to Twitter and expressed their views on who should be the next manager at the club. Here’s some of the selected tweets:

Absolutely astounded why anyone would want Sherwood. You’d think #rovers fans had learnt that employing managers with no idea doesn’t work!

@FootballRamble big Tim Sherwood rumoured to be going to Blackburn. Only person to see the Venkys circus thinking “I fancy a bit of that”

Er, Blackburn players “felt [Coyle] was not doing enough tactical and analysis work with them…. So they consider Sherwood ?????? #stfc https://t.co/Aecn5PCSUS

SHERWOOD IS FAVOURITE FOR THE BLACKBURN JOB! This just gets better and better #rovers

Rovers Fans not even giving Nigel Adkins a chance. Seriously who were we expecting? Coyle Out and now start moaning about our new manager

no reason not to give adkins a chance, ok record and who in their right mind would really want to work for jero.. err venkys #brfc #Rovers

If it is Adkins, we’re lucky someone with any kind of experience like his wants to join our club as it is. #Rovers #venkysout