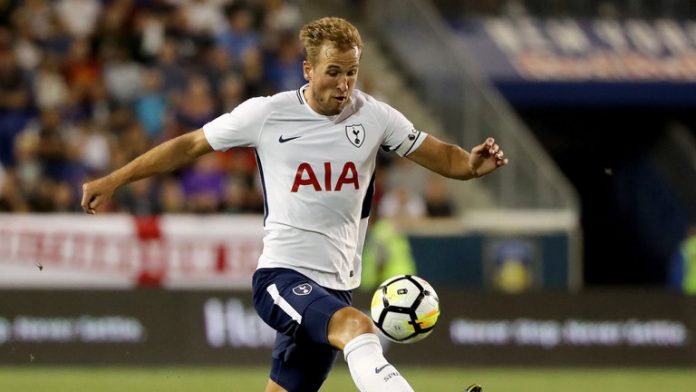 Tottenham Hotspur fans will be holding out hope that Harry Kane is fit to face Real Madrid on Wednesday night, with the Mirror stating that the superstar striker was active in Spurs training this morning.

The England international has been in phenomenal form for the North London side of late, scoring at will for Mauricio Pochettino’s men.

However, Kane pulled up with a hamstring complaint in the 4-1 win over Liverpool earlier this month and has been on the sidelines for Tottenham’s last two games.

The homegrown centre forward faces a race against time to be able to feature for Spurs in the Champions League clash, in what would be a massive boost for the hosts.

The Mirror state that Kane is believed to have sprinted 1,443m during the session, as posted by Tottenham’s sports scientist James Redden.

If this is the case, the chances of the attacker playing against Madrid look good.

Kane will obviously be keen to feature in the high-profile encounter, but Tottenham boss Pochettino has a tough decision to make.

The Spurs manager would love to have his attacking talisman to call upon for the clash with the Spaniards and his presence would give the English side the belief that they can get something from the game at Wembley.

However, if Tottenham were to rush Kane back too quickly and the striker was to further injure his hamstring, ruling him out for a longer period, it could have a massive impact on the club’s hopes of silverware this season.