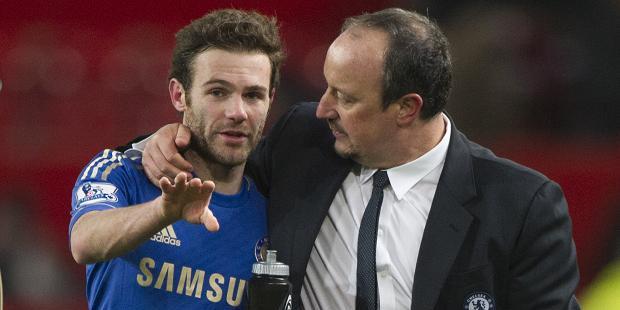 Former Chelsea manager Rafa Benitez has launched a veiled attack on Jose Mourinho, claiming that the now Portuguese did wrong by selling the Blues’ best player of the last two years to Manchester United. 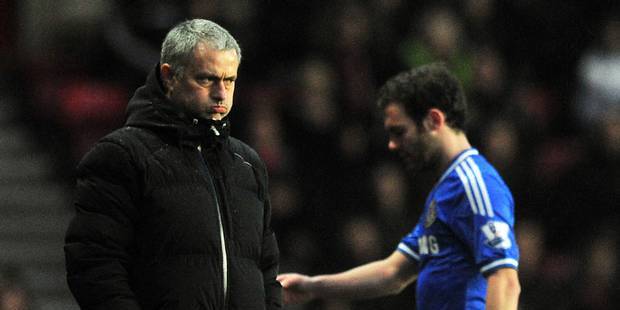 Benitez, who was Chelsea interim boss for the last six months of the 2012/13 season, couldn’t resist a sly dig at his counterpart, as the now Napoli manager prepares for his side’s Europa League clash with Swansea tonight.

‘I am not here to talk about Chelsea,’ Benitez told the Daily Mail,

‘But Juan was their best player in the last two years. That is it. You can see that, but I am not here to analyse what they did.’

Juan Mata was used sparingly by Mourinho during the first half of the season, and the 25-year-old was eventually sold to fierce rivals Manchester United last month for a cool £37.1m, with former boss Rafa having also shown an interest in bringing him to Serie A.

Mata had previously expressed his happiness at working under Benitez, something that may have put a bee in Mourinho’s bonnet, considering the managerial duo’s bitter rivalry over the years,

“Rafa’s a manager who did great seasons at every club he’s been at,” Mata told the Daily Mail last May,

“We’re working really, really well under him. For me and the players, he’s a great manager.”

“We are trying to be in third position and having a chance to win a trophy, so maybe the season in the end will look good for us and that will be because of his job. Maybe it’ll be a great season in the end.”

The Spanish attacker has three assists in his first four games for United this season, but failed to unlock the Arsenal defence at the Emirates on the 12th Feb, with doubts over David Moyes’ deployment of the 25-year-old starting to bubble over.

What do you think? Is Benitez right? Do you think Mourinho made the wrong choice? Let me know in the comments below…