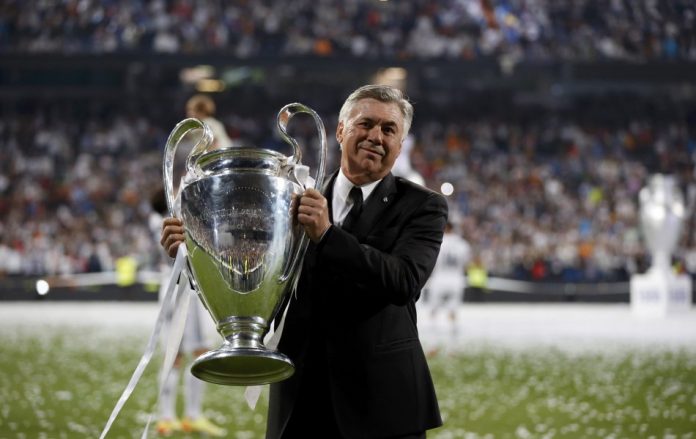 German champions Bayern Munich have already identified the replacement for Pep Guardiola at the end of the current season as according to the Guardian, former Chelsea manager Carlo Ancelotti has agreed a contract in principle with the Bavarian club and an announcement is imminent in the next few days after Guardiola officially announces his departure.

Guardiola, whose current contract at Bayern is set to expire at the end of the season, is likely to move to pastures new next summer and Ancelotti, whose CV has the likes of Real Madrid, AC Milan and Paris Saint Germain among others, is primed to replace the Spaniard as a three-year contract is being discussed by his representative with Bayern.

Guardiola is expected to announce the decision on his future this weekend after the final game before the month-long winter break in Germany kicks in, and with Bayern bracing for the ex-Barcelona boss’ exit, they will hope Ancelotti’s appointment will soften the blow of Guardiola’s departure somewhat.

Ancelotti’s representative and Bayern have been discussing the finer details of the deal over the past few days and there is nothing to suggest it will not be finalised. Ancelotti is currently on a sabbatical since leaving Real Madrid at the end of the 2014/15 season after a trophyless campaign.

The situation for Bayern is similar to the one they faced three years ago when it was announced in January 2013 that Guardiola would be replacing Jupp Heynckes for the 2013/14 season. While Heynckes’ men won the treble that season, Guardiola has so far failed to replicate his predecessor’s all-conquering success, with Bayern’s Champions League adventures in recent years ending in disappointments.

Ancelotti is a three-time Champions League winner, and last won the “big ears” in 2013/14, beating Guardiola’s Bayern 5-0 on aggregate in the semi-finals. The Italian is an attractive prospect for the record German champions, having previously worked and tasted success in native Italy, England, France and Spain.