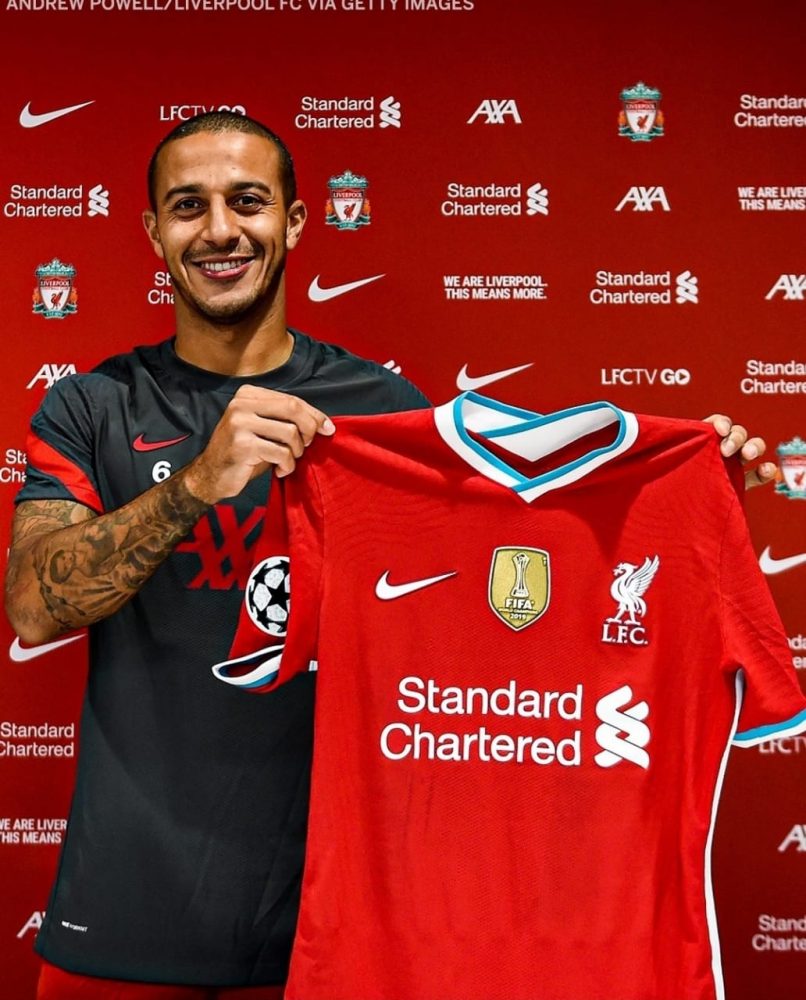 Bayern Munich have delivered a heart-warming message to Liverpool after the Reds confirmed the signing of Thiago Alcantara today.

The 29-year-old has joined on a four-year deal, and he will wear his favourite #6 shirt at Anfield.

Thiago is a world-class player, and he is a great addition to the star-studded Liverpool side.

According to reports from The Athletic, Thiago’s deal is worth £27 million where he will earn around £200,000-per-week at Liverpool.

Liverpool and Manchester United both showed interest in signing the Spanish midfielder who wanted to take up a new challenge after winning seven Bundesliga titles and one Champions League trophy with Bayern.

Talks between the two clubs advanced quickly on Monday as Liverpool has been Thiago’s preferred destination.

The Reds will pay a sum of £20 million upfront with the rest to potentially follow in add-ons related to team success and individual awards.

The Athletic claims that the £20 million will be spread over the course of Thiago’s contract with an initial outlay of just £5 million.

Thiago has posted a message for the Liverpool fans on Twitter after joining his new club.

This is Anfield. Challenge accepted! 🙌🏽
UP THE REDS! 🔴 @LFC #YNWA pic.twitter.com/LriS587qRs

Thiago is a great passer, and his range of passing will be a major asset for the club. He can play in the holding midfield role, but his creativity is best used further forward.

Liverpool are reportedly interested in signing Diogo Jota from Wolverhampton Wanderers this summer.