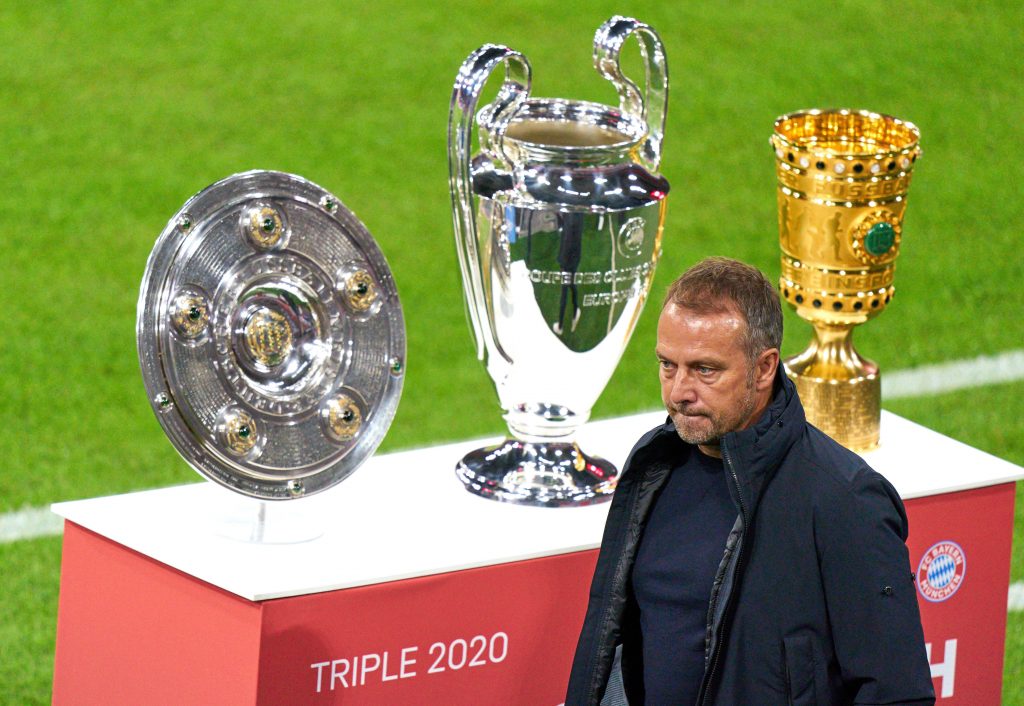 Bayern Munich manager Hansi Flick is thought to be interested in becoming Tottenham Hotspur’s next boss, despite being linked to the German national team job, according to The Telegraph.

However, Spurs have not reciprocated the interest despite their desire to appoint a top-class replacement for Jose Mourinho.

Their search has not gone smoothly to date, with Spurs chairman Daniel Levy thwarted in his attempts to replace the Portuguese.

Spurs turned to Ajax Erik ten Hag, but the Eredivisie giants handed their manager a new contract until 2023 today.

Leicester City boss Brendan Rodgers is also on Levy’s radar, but it will potentially cost around £70 million to recruit the Foxes boss, and Tottenham have reportedly ended their interest in him.

Flick is leaving Bayern at the end of the campaign, and it is widely believed he is taking over from Joachim Low at the German national team.

He led the Bundesliga giants to the treble last season, winning the Champions League, Bundesliga and German Cup.

Spurs need to get their next managerial appointment right after the Mourinho experiment failed, and Flick could be keen to test himself in the Premier League.

The future of Harry Kane and some other Tottenham stars could depend on who is in the dugout next season, and appointing the German would be a sensible move.

In other news, Fabrizio Romano provides an update on Spurs managerial search.