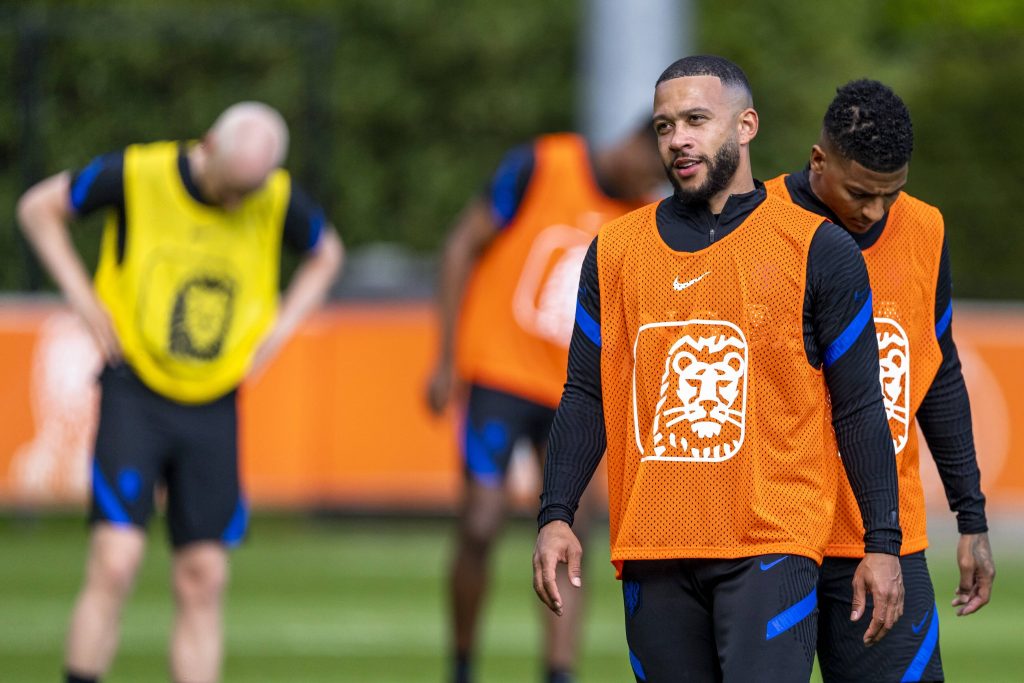 Barcelona are still negotiating with Memphis Depay over a free transfer to the club, reputed Italian journalist Fabrizio Romano claims.

The Dutchman had a superb 2020/21 season with Lyon, registering 22 goals and 12 assists from 40 appearances across all competitions.

Despite his efforts, the club missed out on the Champions League as a defeat on the final matchday saw them finish behind third-placed Monaco.

The 27-year-old will be a free agent when his contract expires this month, and the Blaugrana have been tipped to land his signature ahead of Juventus.

It is now reported that the discussions are still ongoing over a Bosman deal, and a potential contract until June 2023 or 2024 is being negotiated.

His move to Camp Nou could still depend on Ronald Koeman staying as the manager.

The Blaugrana have been busy with signings since the end of the season and recently confirmed the arrivals of Sergio Aguero, Eric Garcia and Emerson Royal.

Both Aguero and Garcia have joined on free transfers, and the club are also on the cusp of landing Liverpool’s Georginio Wijnaldum in a similar agreement.

Wijnaldum’s move could be delayed until after the European Championships with Netherlands boss Frank de Boer reluctant to give permission for a medical.

It remains to be seen whether Depay reunites with his compatriot at Camp Nou. The duo previously played together at club level for PSV Eindhoven.

There has been much talk that Depay’s move could depend on Koeman’s stay, but this may not be the case judging by his recent comments.

In a recent interview with NOS, the €45 million-rated star said he would be happy for Koeman to continue, but his potential transfer to the club does not depend on it.