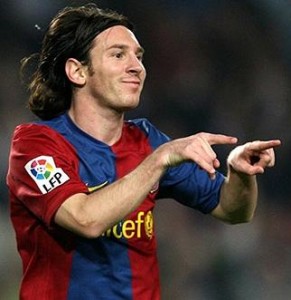 Barcelona need a win at Real Zaragoza on Sunday to stay level on points with La Liga leaders Real Madrid.

The reigning La Liga champions remain in good shape to repeat as champions but will have to keep pace with a red hot Real Madrid side. They can go level on points with their rivals with a trip to face Real Zaragoza on Sunday evening.

Real Zaragoza have a much different fight on their hands, the battle to avoid being relegated. They are three points above 18th place heading into the weekend but a loss against Barcelona could see them drop a place or two. Their form at home has been solid with a 4-4-4 record and conceding 13 goals in 12 matches.

Barcelona’s away form has been the strongest in the league with a 8-4-1 record and +19 goal difference away from the Camp Nou. Injuries for the visitors include Xavi and Eric Abidal but they will still have more than enough to get a win.

Lionel Messi continues to be in sparking form and has 22 goals in 23 La Liga matches, including a hat trick against Valencia last Sunday. Zlatan Ibrahimovic continues to struggle and could be dropped to the bench for the second straight week. On the other hand, Thierry Henry has regained a spot in the starting line-up and will have an increased role with Xavi injured.

It should be another victory for Barcelona as Real Zaragoza are not strong enough to hold them off for 90 minutes.

Barcelona will win the match 2-1.