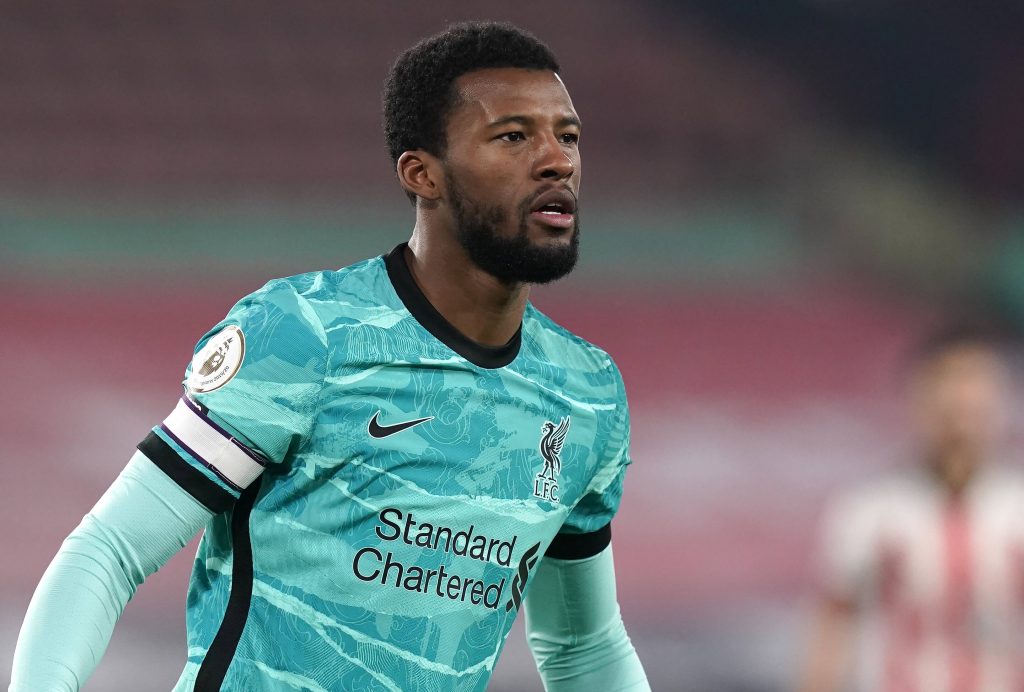 Barcelona are confident of landing the signature of Georginio Wijnaldum from Liverpool when his contract expires in June, Football Insider reports.

The Netherlands international has been with the Reds for the past four-and-a-half years, registering 225 appearances in all competitions.

His current deal with the Reds expires in less than four months, but he remains a regular and has started 26 of the club’s 28 Premier League games this term.

It was recently reported that Wijnaldum had been offered a contract by the Blaugrana, and it is now claimed that a deal is ‘95% done’.

Jurgen Klopp’s side have been unsuccessful in renewing his contract, and he is looking forward to securing a ‘dream transfer’ to the Catalan giants.

Wijnaldum has been a pivotal player for the Reds in the centre of the park, but there has been a standstill in the contract negotiations.

At the age of 30, the Dutchman may be eyeing another high-profile move, and the Blaugrana are said to be his preferred destination.

The versatile midfielder previously worked with Ronald Koeman when he was the Netherlands head coach, and a reunion appears a tempting prospect.

Wijnaldum will also have the chance to line up alongside compatriot Frenkie de Jong in the midfield, should he secure his move to Camp Nou.

Aside from the Dutchman, the Blaugrana have also been fancied to sign Manchester City duo Eric Garcia and Sergio Aguero on Bosman deals this summer.

Wijnaldum, who is valued at £36 million by Transfermarkt, has made 39 appearances in all competitions for the Premier League holders this term.