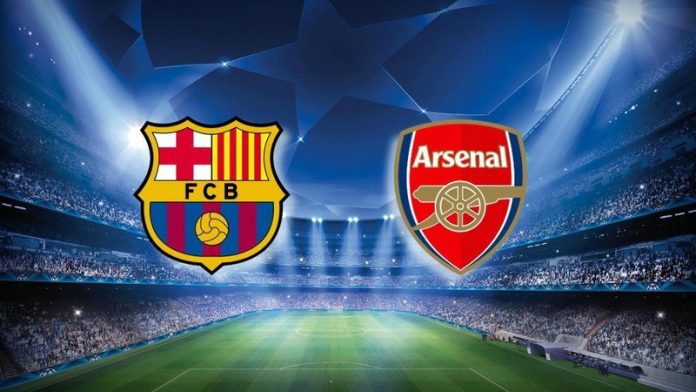 Arsene Wenger admitted that the Gunners had almost negligible chance of progressing to the next round of the Champions League, after losing 2-0 to Barcelona at home in the first leg.

With four defeats in their last six games, eliminated from the FA Cup, and trailing Leicester City by 11 points in the Premier League, Arsenal are facing a trophy less campaign.

The season that offered so much hope, is turning out to be a hugely frustrating one, with fans even urging Wenger to step down from the post.

Football is an unpredictable game, anything can happen within 90 minutes and Arsenal are quite good at in pulling up shock results – but, it is hard to see them beating Barcelona away from home.

Only three teams in the entire season have scored two or more goals against Barcelona in all competitions. And only two have managed to score two goals against the Catalan giants at Camp Nou.

With eight wins in a row and 37 games unbeaten – Barcelona are simply unstoppable at the moment. It would require a miracle to beat and knock Luis Enrique’s side out of the competition – the question is can Arsenal produce something out-of-this-world performance to deny Barcelona a place in the quarter finals?

Barcelona will miss Gerard Pique for this tie. The Spain international is suspended for the return leg. Mathieu or Vermaelen is likely to play in his place.

Alexis Sanchez will return to his former club for the first time since leaving Barcelona in 2014.

1 –  Arsenal have won just once in their last six games

8 – Barcelona have won their last eight games in a row