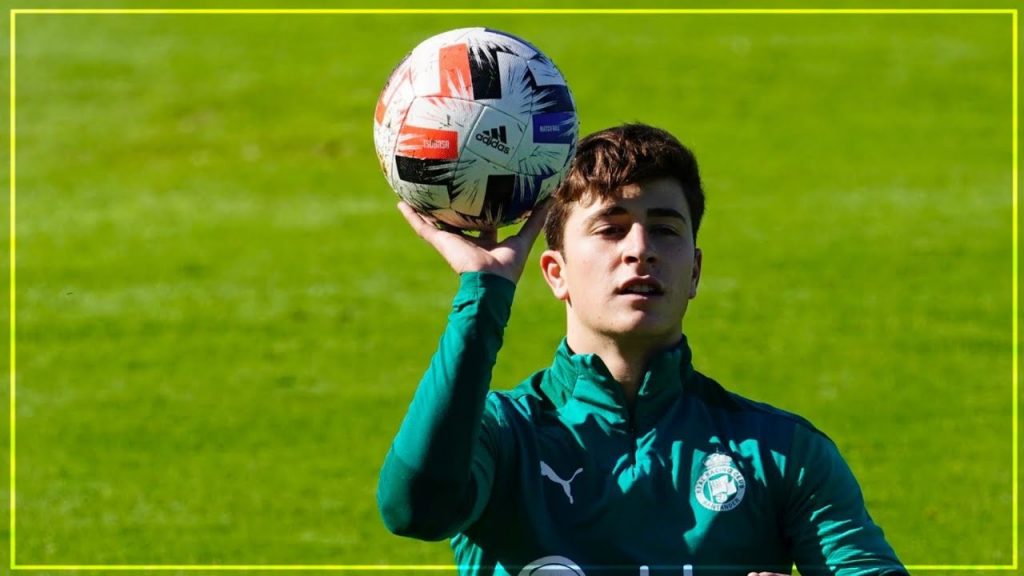 Pablo Torre is a Spanish Under-19 international who is attracting a lot of attention from both Barcelona and Real Madrid.

In recent months, many talents have begun to flourish in this Spanish factory we call La Liga.

Pedri, Gavi, Nico Williams, Ansu Fati, Yeremy Pino or Nico Gonzalez; the list is long and there is no doubt that, well hidden and still lurking in the shadows, others will explode onto the scene in the months to come.

And there is one player who is starting to make more and more people talk about him across the Pyrenees; it’s Pablo Torre. He only plays in the third division, but it’s not uncommon to see him on the front page of Iberian sports media sites, just as his highlights are increasingly circulating on social media.

He is only 18 years old, but the son of former player Esteban Torre delights every weekend with Racing Santander, a historic club which is experiencing years of trouble. This weekend again, he scored twice, which allowed his team to retain their first place and therefore hope to return to the second division next year.

But he is not a scorer, far from it. Pablo Torre is an attacking midfielder who is in the purest Spanish tradition, being endowed with exceptional technical quality and a good vision of the game, which allows him to break lines extremely easily.

If compared to Pedri, his profile seems rather to correspond to that of a player evolving higher up the pitch, a little less organized but more incisive, often starting his runs on one side, like the Marco Asensio of his best years, at Espanyol in particular.

Of course, he must progress in many areas, especially on the physical level. But the number 10 of the Spanish U19 team displays a disconcerting ease in a low level championship certainly, which is extremely intense and difficult for young players, where old veterans and former La Liga players do not hesitate to injure you.

It is for this reason that many believe that he is ready to make the leap into the elite and that he will not necessarily need time to adapt.

As various Spanish media outlets indicated on Tuesday, Barcelona and Real Madrid are already fighting for the youngster’s signature. The two ogres of Iberian football are always on the lookout for the best youngsters in the country and it is therefore no surprise that we find them fighting for Pablo Torre.

In this case, slight advantage goes to the Blaugranas, especially because the player’s agent also manages the interests of Gerard Pique and Xavi Hernandez, among others.