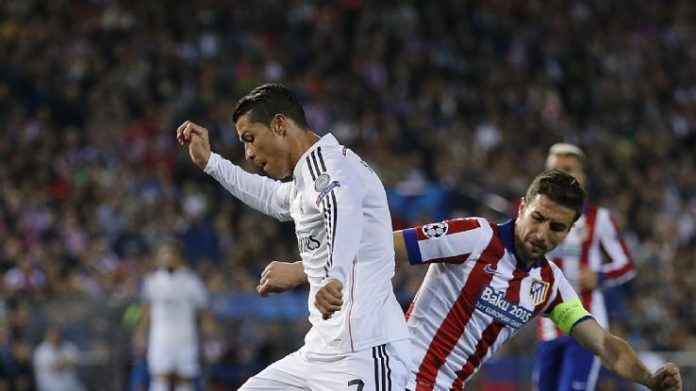 Watching the first leg of the Champions’ League quarter final tie between Atletico Madrid and their city rivals, Real Madrid, you’d be forgiven for thinking it was a match completely dominated by Real. I, like many others, was quick to praise their all-too-evident superiority when it came to possession, shots, corners and just about every stat you could mention in the first 45 minutes. This dominance continued for the entire match, with Atletico appearing like the punch-drunk boxer, struggling to raise their hands and defend themselves against an onslaught from a bigger, stronger opponent.

Look more closely, however, and it may be that manager Diego Simeone is deserving of more credit than it first appears. Simeone’s Atletico sides have rightly built themselves a reputation as a hard-working, robust teams who defend to the last. That’s not to take away from their considerable achievements (you don’t reach a Champions League Final and win La Liga in the same season without more than just ‘fight’) but it’s this particular aspect of their play that caused me to consider whether the way play went last night at Vicente Calderon was forced or, actually, contrived.

Considering the tie as a whole, Atletico knew they would not out-score Real Madrid goal for goal, if it came to a straight-up shoot out. Introduce the away goals rule however, where the team who scores more goals away from home goes through even if the aggregate score ties, and Atletico had a chance to exploit a game rule that meant they could go through against a team they’d never out-do in the scoring charts.

Thinking about this made me see Atletico’s first leg performance in a whole new light. Playing the first leg at home in the tie, they knew their advantage would be increased in the second leg if they could only stop Real scoring any away goals. So – were they the punch drunk boxer? Or were they the determined dog, defending the goal for their lives and foregoing any possible chance to score themselves? We’ll never know of course – and they did begin to play more expansive football in the second half, proving to be a greater goal threat with Turkey midfielder Arda Turan and French striker Antoine Griezmann posing problems for the opposition.

The fact, however, that the match finished 0-0, tells me all I need to know. Simeone achieved his plan – stop the big guns scoring and the advantage switches to you for the second leg. Atletico now know that, as long as they score just once, they’ll have the upper hand. Where they can either draw or win to go through, only a win will suffice for Real.

Despite what some may see as a clever use of the laws of the game to progress in the tournament, there are some who will have seen the performance as ‘anti-football’. This particular group of people would have you believe that the away goals rule is an outdated notion and one which often causes teams to fear conceding rather than relish scoring.

A debate to this effect has been doing the rounds in the world of football of late. At one time, away goals were seen as being worthy of value greater than a goal scored at home. This came from the belief that tiring and long journeys, often made to play in intimidating foreign lands with poor conditions to boot, meant that if you scored a goal in this God-forsaken place, you bloody well deserved reward for it, old boy!!

The same group of people would tell you that, in today’s world of comfortable and quick travel, to play in state of the art stadiums the world over, goals mean nothing more when scored away than they do at home.

This, for me, is an irrelevant argument. Statistics prove that playing away from home still proves difficult for teams, be it in their domestic leagues or in Europe. While the conditions in which players play are often more civilised, the crowds remain intimidating. Just ask the Barcelona players – Xavi, Iniesta and Messi have all commented on the intimidating and daunting atmosphere that awaits them when they visit Celtic Park in Glasgow, describing it as one of the best places to play football in the world. And these guys are in the Nou Camp most weeks.

As for the argument that the away goals rule encourages ‘anti-football’, that’s really just a glass half-full, glass half-empty argument. Just look at the second leg that awaits the two Madrid sides in the Bernabeu – the away goals rule means we MUST see goals in the second leg. Be they from Atletico, who will be hoping at least one goal is enough to send them through or from Real, who know they need to win to progress, goals are guaranteed. Without the away goals rule, I think you take away the one thing that smaller teams cling on to in these two-legged ties – hope. If they didn’t know that there was a way for them to knockout their bigger, scarier opponents without necessarily landing as many punches, then there wouldn’t be as much to play for, in my opinion. You’d be as well putting them out of their misery and getting it over in 90 minutes rather than dragging it out over 180.

There’s a lot about the modern game that I think could be better. Goal line technology, video replays and other modern advancements are a debate for another time. But why try to fix something that isn’t broken? Away goals contribute to the excitement and dynamism of tournament football today and, for me, they should stay exactly where they are.