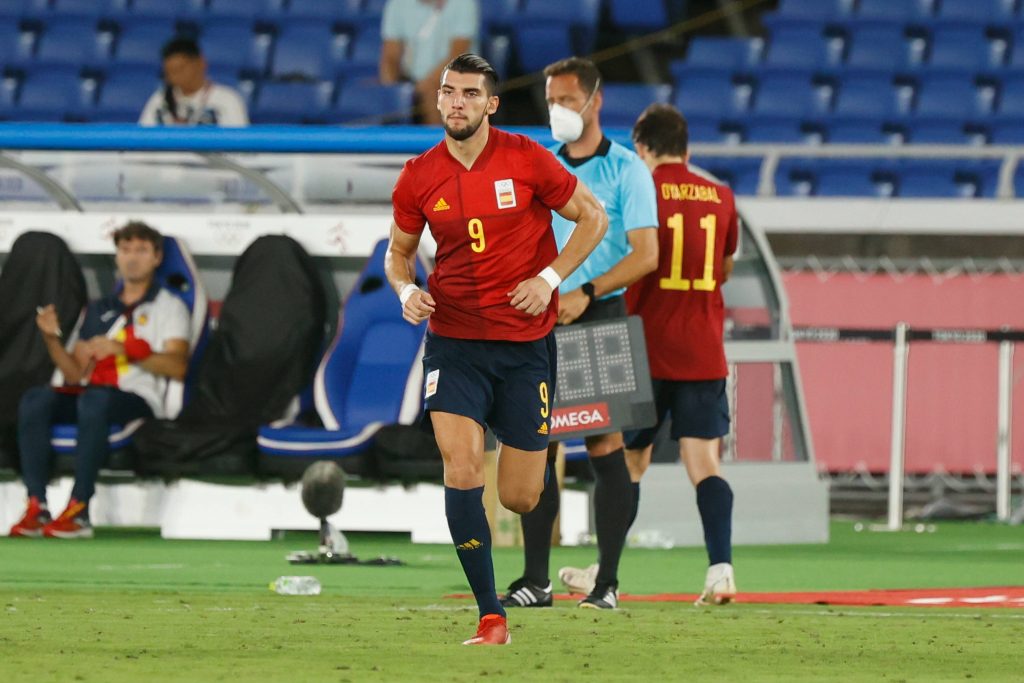 The Spaniard has been with Wolves since 2018, but he has made just four appearances for them in all competitions.

He has spent time out on loan at three different clubs, with the most recent being Huesca.

Mir played a key role in their promotion from La Liga B, and he rejoined them on another temporary deal last season.

He bagged 16 goals from 39 outings, with 13 of those coming in La Liga. Despite his efforts, the club were relegated.

However, he was able to build his reputation and Atletico are now keen on sealing an agreement for his services.

Jorge Mendes, who is the representative of Mir, is playing a key part in the negotiations. Wolves value the striker at £17 million.

Mir recently returned to Midlands after impressing for Spain at the Olympics, bagging a hat-trick in the 5-3 comeback win over Ivory Coast.

Bruno Lage recently said that Mir could play under him, but it appears that the club are prepared to cash in after a solid year for the striker.

With under 11 months left on his contract, Wolves don’t want to risk losing him for free. The move would be ideal for both clubs involved.

Wolves will get additional funds to bring in a new striker, while Atletico would be getting a player entering the prime of his career.

The 24-year-old may not be assured a starting spot at Atletico with stiff competition from Luis Suarez and Angel Correa for the front two positions.

Atletico are also on the cusp of landing Dusan Vlahovic from Fiorentina. Mir could still take up the challenge with the lure of playing for the Spanish champions.