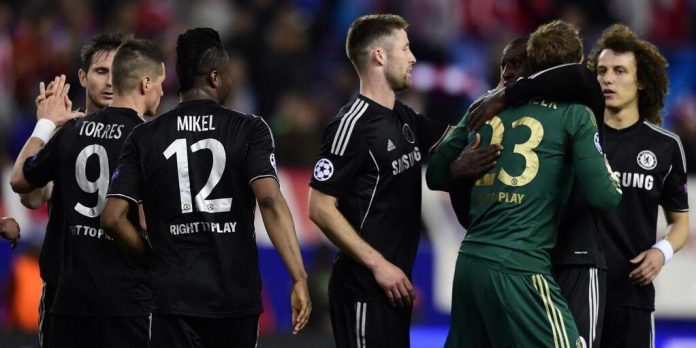 Chelsea battled to a goalless draw in the Spanish capital against Atletico Madrid tonight, with Jose Mourinho’s side 90 minutes away from a place in the Champions League final in Lisbon. 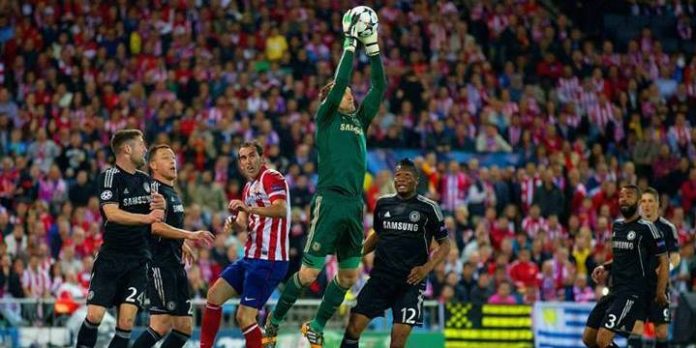 The Blues defended strongly throughout the encounter, and although many will claim Chelsea ‘parked the bus’ tonight, there can be no denying the merits of keeping Atletico Madrid from scoring in the Vicente Calderon, something only Barcelona and Real Madrid have managed to do this season before tonight.

Whether the impetus now lies with Chelsea or Atletico remains to be seen, with the Spanish side only needing a goal in West London to eliminate the possibility of extra-time and penalties. Chelsea suffered their first ever defeat at Stamford Bridge under Mourinho last weekend, and may feel a little more shaky than usual in the second leg next week.

Here are the Chelsea player rating for tonight: 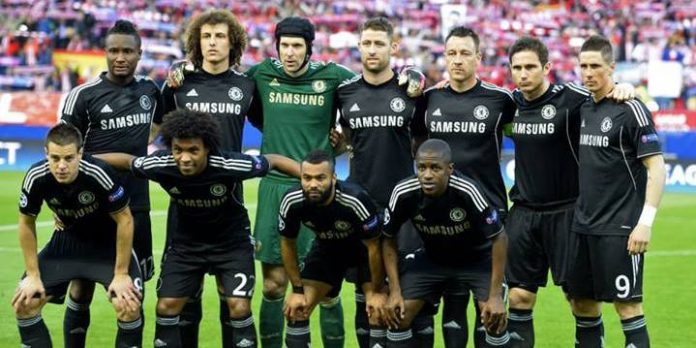 Came off early with what looked like a rib injury, and his replacement Mark Schwarzer performed excellently, claiming crosses with confidence, and keeping out a late drive from Mario Suarez.

Showed the world that he is still a force to be reckoned with tonight, with a commanding showing back in the Chelsea first XI. Although it was his first start since January, Cole looked right at home in such a high pressure game, and will leave many baffled as to why he is so marginalised under Mourinho.

Strong and imposing, Cahill is turning into one of the most reliable centre backs in Europe. Dealt with the threat of Atletico with relative ease tonight.

Another superb addition to the Chelsea backline, skipper Terry was at his best tonight, keeping the formidable Diego Costa at bay throughout.

The Blues will miss him in the second leg, with the former England captain ruled out after having to come off with a foot injury for Andre Schurrle late on.

Was absolutely everywhere tonight, and felt a little less constricted with the defensive minded Ramires just ahead of him.

One of the best showings from the Nigerian for many months. Made many crucial clearances and interceptions, fully justifying his inclusion in the side. Will miss the second leg through suspension.

A super defensive performance from the Brazilian destroyer, but couldn’t aid the attack as much as he would have liked. Poor free-kicks.

Pottered about well, and showed his experience with his defending. Couldn’t get forward enough however, and will be suspended for the second leg.

Full of lung-bursting runs from deep, and always willing to help out in defence. Just missing that cutting edge at the moment, and seems more of a defender than an attacker.

Came off late for Demba Ba.

Unfortunately for the Blues, their best chances on the night fell to the Brazilian, who is not a natural attacker (regardless of his sensational finish against Barcelona in 2012). Wasteful in attack, but defended with heart.

Won his side two decent free-kicks, and did well considering his perpetual isolation up top.