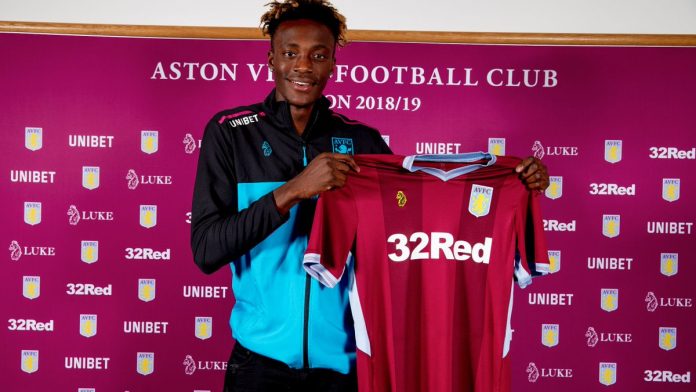 On Monday evening, Aston Villa confirmed Tammy Abraham will wear the No.18 shirt this season. The 20-year-old joined Villa on loan from Chelsea this summer and could make his debut against Blackburn Rovers on Saturday, September 15.

Abraham has struggled for playing time with Chelsea, suffering from stiff competition in the first-team, which has led to him seeking loan moves away from Stamford Bridge in recent seasons – Bristol City, Swansea City and now Villa.

The England u21 international made a name for himself during a loan move at Championship side Bristol City, scoring and creating 30 goals in 48 appearances in all competitions in 2016/17. He didn’t fare as well with Swansea – netting five Premier League goals in 31 appearances – but his Villa switch could see him recapture his form.

Abraham, who has only made three appearances in all competitions for Chelsea at senior level, should have more success in the Championship. He’s still only young and is developing as a striker, so 2018/19 is a big opportunity to find his feet.

Playing in the Premier League was too big a challenge last season, but Championship football should suit him.