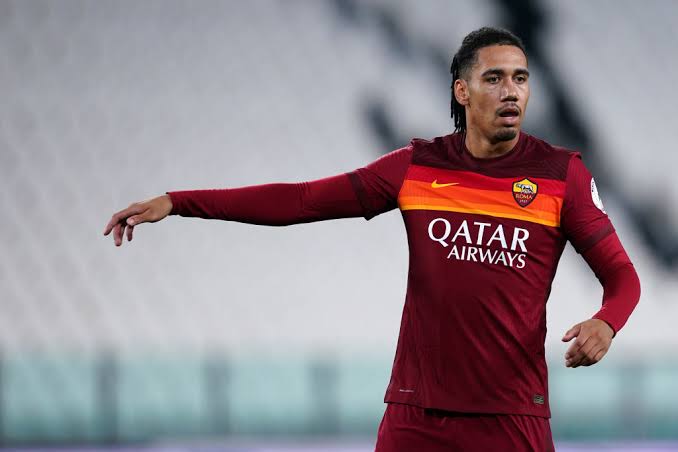 According to the Daily Mail, Serie A giants Roma have made a last-ditch £13.5m offer to sign Manchester United defender Chris Smalling. The offer, however, expires on Friday, when Roma will shift their focus on other defensive targets.

The centre-back spent last season on loan at the Stadio Olimpico where he had an impressive season and was among the best defenders in the league.

The Italian side are now keen on signing Smalling on a permanent basis. However, Roma boss Paulo Fonseca understands that the finances involved are proving to be a concern.

The report from Daily Mail, however, reveals that a Roma official has landed in Manchester to make one last attempt in signing the 30-year-old defender who is also being targeted by Antonio Conte’s Inter Milan.

Smalling has been at Old Trafford since 2010 but spent the 2019/20 season on a loan spell at the Serie A side, recording 37 appearances across all competitions.

The Italian giants are desperately on the lookout for a centre-back and the England International has been Roma’s number one target to fill that gap.

According to Corriere dello Sport, Roma’s latest offer of £10.9m (€12m) plus £2.7m (€3m) in add-ons is currently being considered by Manchester United.

United are willing to sell Smalling who has no place in Ole Gunnar Solskjaer’s first-team plans at Old Trafford and will be left frustrated on the sidelines should he not secure a move away before the transfer deadline.

The Red Devils also understand the need to sell off the 30-year-old Smalling this summer to get the wages off their books and make space for potentially incoming players.

Fabrizio Romano also reports that Roma will be requesting for Diogo Dalot on loan as part of the deal. But if a deal is not reached by Friday, the Serie A club will be forced to look elsewhere for alternative options, including Juventus centre back Daniele Rugani.