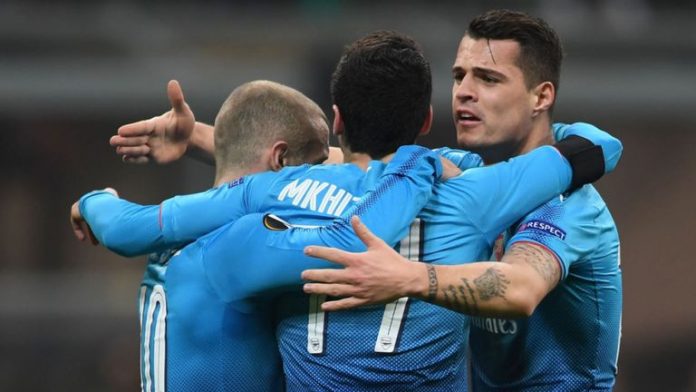 Arsenal will be eager to avoid any slip-ups when they host AC Milan in the last 16 of the Europa League on Thursday.

Goals by Henrikh Mkhitaryan and Aaron Ramsey put the Gunners in control of the tie, but the Serie A side could be dangerous if they can open the scoring at the Emirates Stadium.

Both teams head into the game having won in the league last weekend.

Arsene Wenger’s side defeated Watford 3-0, while Milan were 1-0 winners at Genoa.

Arsenal have won three and drawn two of their previous seven meetings with Milan and they are favourites to add another victory in the second leg.