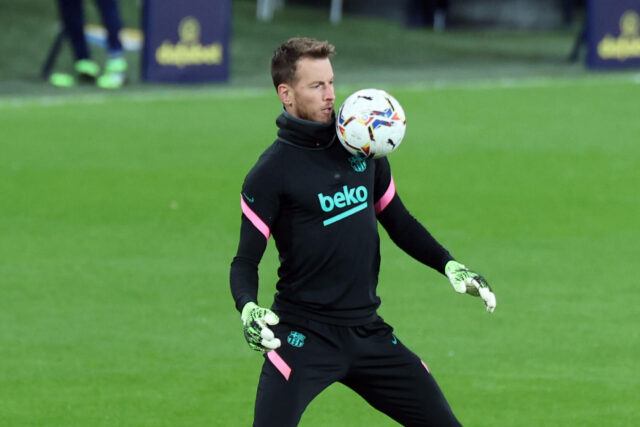 Arsenal are heavily interested in signing Neto from Barcelona this summer, according to Mundo Deportivo.

The 31-year-old was keen to join the Gunners during the January transfer window, but the deal didn’t materialise at that time.

The report claims that Arsenal are still interested in signing the Barcelona goalkeeper, and the player’s agent is working on a move right now.

Neto has a contract at Barcelona until 2023. Sport revealed last month that the Brazilian is expected to leave the Spanish club and will cost around €16 million (£13m).

Everton are also in the hunt to sign Neto, while Roma are also interested. However, Arsenal have emerged as his preferred destination.

Neto has played mostly as a second-choice keeper behind Marc-André ter Stegen. He wants to play regularly, and Barcelona are happy to let him go.

The Blaugrana are struggling with their finances and need to lower their wage bill.

Arsenal are keen to sign a new goalkeeper this summer. Bernd Leno is the club’s first-choice, but he is facing an uncertain future.

Leno has a contract at the club until 2023, and Arsenal are actively looking to sign a top goalkeeper this summer. Neto would be a handy option for them.

Everton need a back-up goalkeeper for Jordan Pickford, who has been simply sensational for England at Euro 2020.

There has been no formal offer for Neto yet, but the situation could change in the coming weeks.