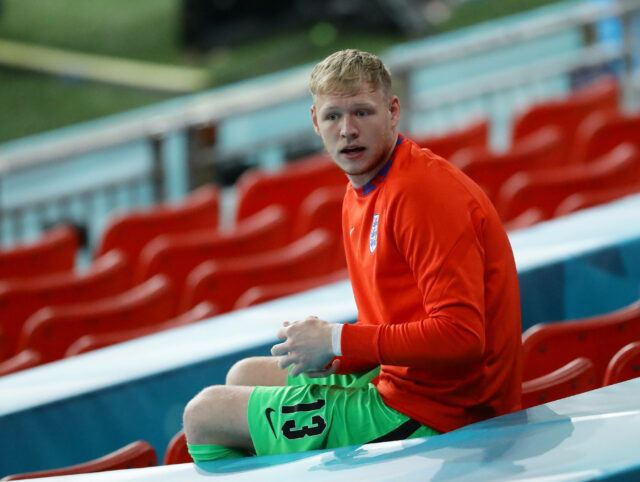 Arsenal are preparing a third bid for Sheffield United goalkeeper Aaron Ramsdale, according to reports from Sky Sports.

The Gunners are looking to sign a new goalkeeper this summer, and they have earmarked Ramsdale for the role.

Earlier this week, The Athletic journalist David Ornstein claimed that Ramsdale is the first-choice target for the Gunners this summer.

Sheffield United, who got relegated last season, are demanding a fee of £30 million for their prized asset, but the Gunners deem the price too high.

Sky Sports now claim that Arsenal are considering a third bid worth in the region of £25m for the England goalkeeper.

Ramsdale is on £22k-per-week wages at Bramall Lane, and agreeing personal terms won’t be a big issue.

The Gunners have already seen two bids for Ramsdale rejected. The north London club are likely to include significant add-ons for their latest bid.

Ramsdale was Sheffield United’s player of the season, and he was part of England’s Euro 2020 squad that reached the final.

There have been claims that Arsenal could offload Bernd Leno this summer, but Ornstein clarified that there’s no market for him this summer. He has a contract at the north London club until 2023, and he is likely to stay this summer.

Ramsdale, if he joins, will have to fight with Leno for the starting role at the club.

Arsenal have already signed Nuno Tavares from Benfica and Albert Sambi Lokonga from Anderlecht so far this summer, and they have agreed a deal to sign Ben White from Brighton.