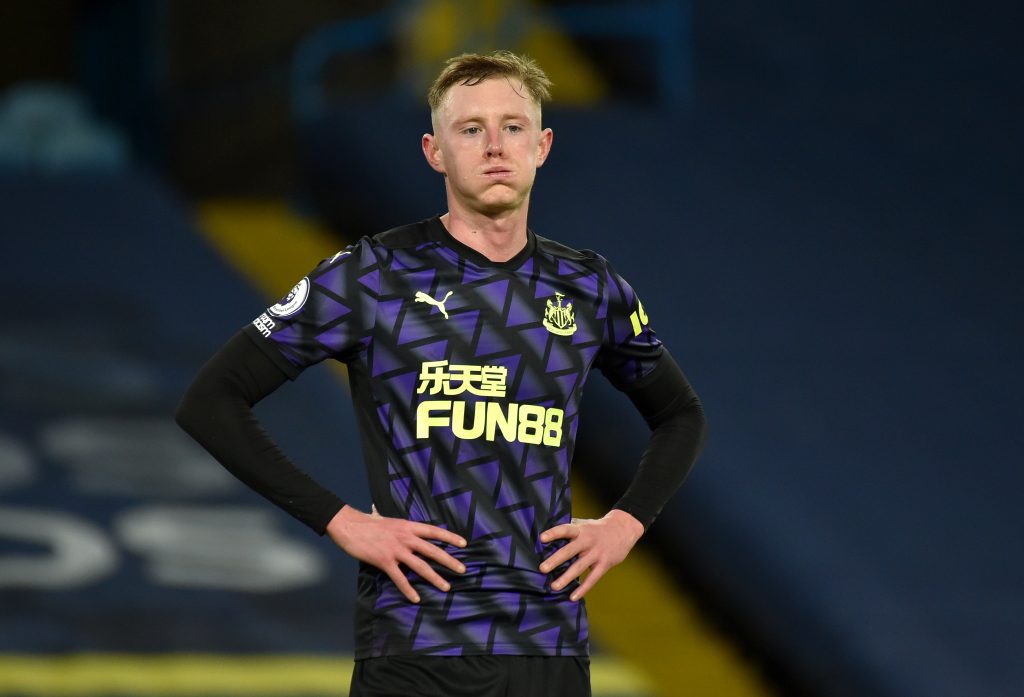 Fans have taken to social media to hit out at Newcastle United’s Sean Longstaff for trying to con the referee in the FA Cup third round tie against Arsenal.

Chris Kavanagh red-carded Emile Smith-Rowe for a foul on Longstaff, prompting a loud scream from the Magpies midfielder.

On the advice of his VAR, Andre Marriner, he downgraded the red to a yellow after checking the footage on the pitchside monitor.

This showed that there had been little if any contact between the two players and sparked on outpouring of fury on social media.

Longstaff is nothing but a cheat. Deliberately tried to deceive the referee into sending off an opponent. Was hardly touched but screamed and rolled about like a child until a red card was produced

Did he even touch Longstaff? That scream. Cheat?

The only reason the ref thought that could've been a red was because of the ridiculous scream from Longstaff, little cheat! Good job VAR stepped in and worked 👌🏻#ARSNEW

Sorry but what was Longstaff playing at there? Smith-Rowe barely touched the guy and he went down like that? That is pure idiocy. I do not rate players who intentionally try and cheat the ref to get some in trouble. Horrific to see. #ARSNEW #FACup

What a cheat Longstaff is there!
That scream was absolutely pathetic & only done to try & get sent the player sent off!

Longstaff is a cheat

Despite Longstaff’s antics, Smith-Rowe had the last laugh as he fired home an excellent goal in the 109th minute to put Arsenal in front.

Pierre Emerick-Aubameyang added a second with two minutes to play to send the Gunners through to the fourth round of the competition.

Arsenal have now won four games in a row in all competitions and appear to be heading in the right direction under Mikel Arteta.

By contrast, Newcastle are winless in their last seven outings, cranking up the pressure on manager Steve Bruce.