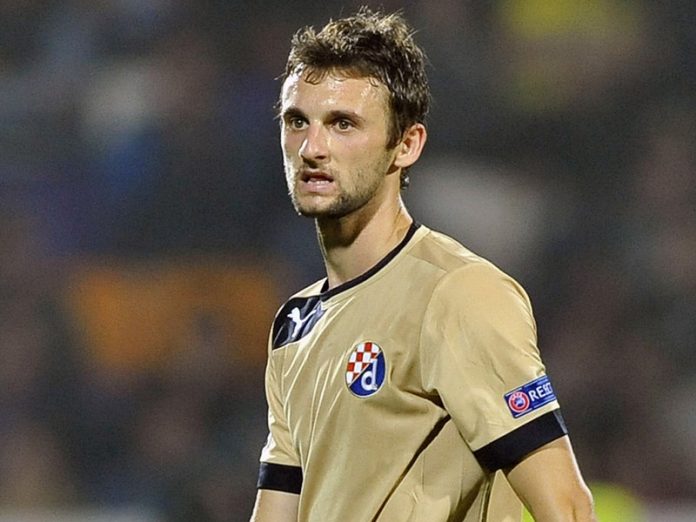 Dinamo Zagreb’s Marcelo Brozovic has been linked with Arsenal over the past few weeks. We had reported earlier that the Gunners would be willing to match the €10m asking price for the player. The North London side had earlier met the player’s agent in London but their €8m bid was straightaway rejected by Zagreb.

The trusted and reliable Gianluca Di Marzio website have now reported that AC Milan also has a €7m bid rejected which clearly shows that the club aren’t willing to lower their asking price.

Di Marzio reporter Guglielmo Cannavale also confirmed the news and has stated that Everton too are also in the hunt for the 22 year old.

#Arsenal and Milan made a €6,5/7M offer to Dinamo Zagreb for #Brozovic: refused, Dinamo want €10M. Also Everton are in talks #AFC #EFC

Brozovic has a long term contract with Zagreb till 2019 and his impressive performances was ewarded with a place in the national team in the World Cup in Brazil. He played in the final 26 minutes during the the tournament’s current raiser in which Croatia lost 3-1 to Brazil.

The Croatian would perfectly fit the bill for the Gunners who are in desperate need of a central defensive midfielder given that both Mathieu Flamini and Mikel Arteta have been way past their best. Arsene Wenger’s side have also been linked with Sporting Lisbon’s William Carvalho and Real Madrid’s Sami Khedira.