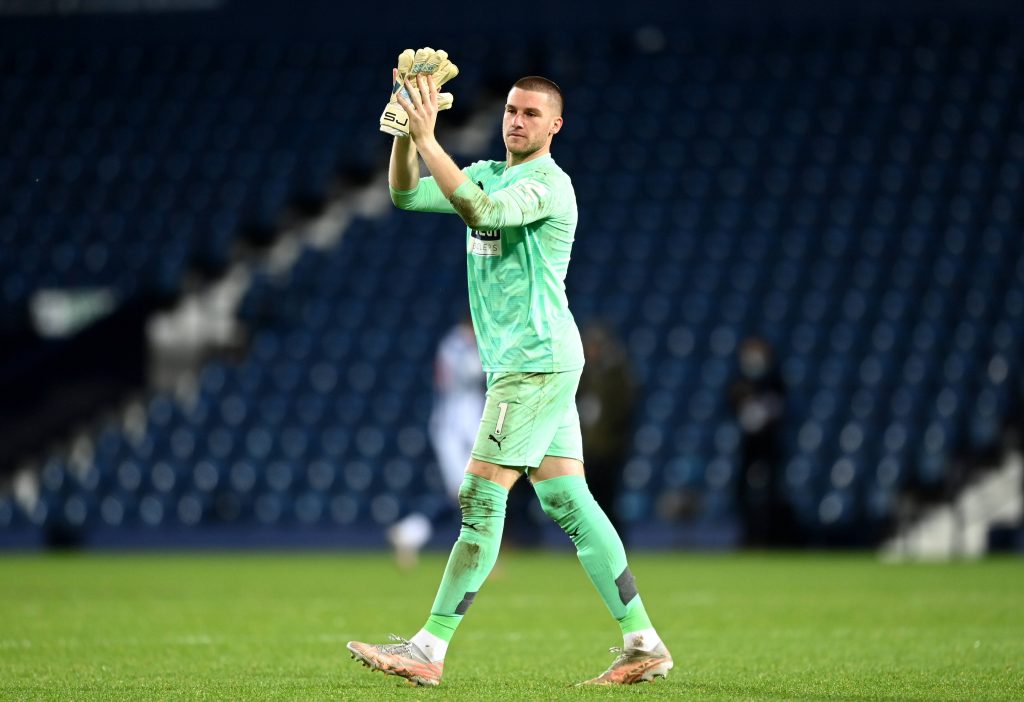 The Gunners are looking for a new homegrown goalkeeper. Ramsdale had recently been identified as the top target to compete with Bernd Leno for the number one role.

However, a deal appears difficult for the north London club as the Blades want more than £25 million for Ramsdale despite their Premier League relegation.

It is now reported that the Gunners are also admirers of Johnstone. The 28-year-old has just one year left on his contract. The Baggies value him at £20m.

Leno has been the undisputed choice in goal over the past few years, but his form was inconsistent last season with a few high-profile errors.

There have been suggestions that he could be offloaded at the right price while the club are also searching for a quality competitor in the transfer market.

The Blades are in a strong position to keep Ramsdale with three years left on his contract. They may feel that he could boost their promotion prospects.

The same can’t be said for the Baggies with Johnstone yet to extend his deal.

The Midlands outfit could be compelled to sell for lesser than the reported asking price, which could play into the hands of the Gunners this summer.

Johnstone had an impressive save percentage of 70.6 last season, much better than what Leno managed over the course of the campaign (69.2).

The England international was the busiest goalkeeper in the top-flight last term. He managed nearly twice the number of saves (161) as Leno (84).

He may not have the assurance of a guaranteed starting role with the Gunners but could establish himself as the number one in the long run.

The Gunners have no plans of handing a new deal to Leno at the moment. They could be open to selling him next summer if not the current one.