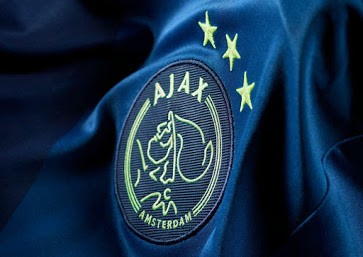 Arsenal and Manchester City are going head-to-head in the pursuit of Ajax midfielder Frenkie De Jong, reports The Sun. The 20-year-old, who joined from Willem II in 2015, has made eight appearances in the Dutch Eredivisie this season, and  could be on his way out of the Amsterdam ArenA given recent interest.

Chelsea are said to be keen on his signature, and with reports suggesting De Jong could be available for as little as £5m, he’s likely to have plenty of clubs considering an approach in January. The talented central midfielder has represented the Netherlands u21s on five occasions, having previously featured for the u15s, u18s, u19s and the u20s.

De Jong has been tipped for a bright future, and with his deal with Ajax expiring in the summer of 2019, The Dutch giants will be desperate to tie him down to a long-term deal, rather than risking losing him for a smaller price. If Ajax can agree terms to a new contract, which isn’t too unlikely given they blooded him through their youth ranks to the first-team, De Jong’s value will shoot up.

Arsenal and Manchester City have reportedly both spoke to the Eredivisie club over the midfielder’s availability, but it’s unknown how much progress was made. It’s hard to see Ajax letting such a promising player leave so easily for so little, meaning there could be some resistance if bids are received in January.