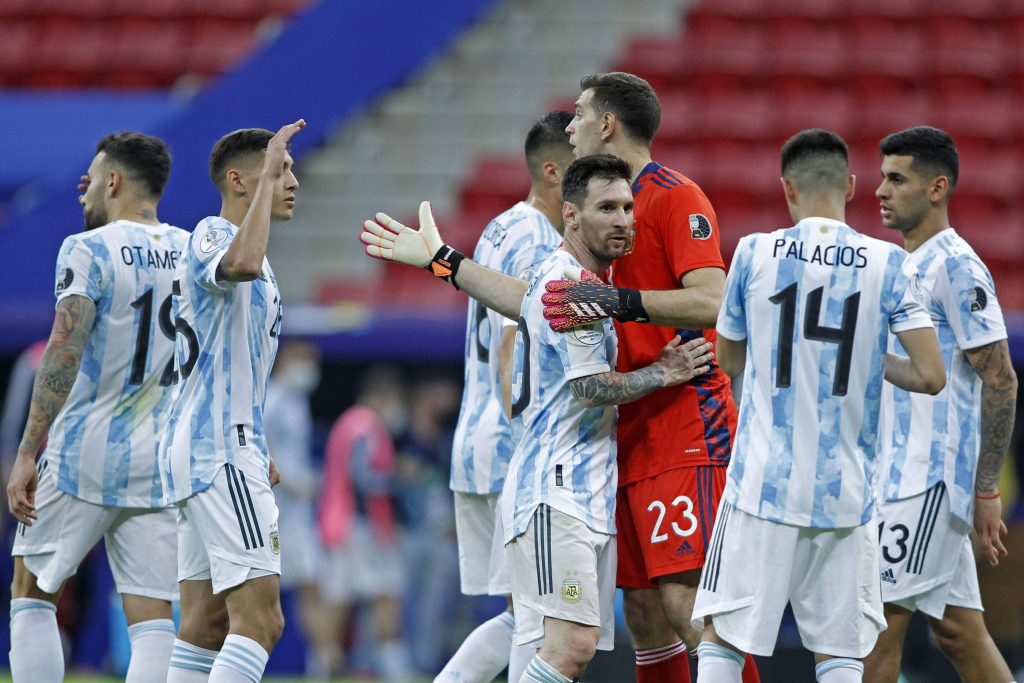 Argentina will be looking to maintain their unbeaten Copa America 2021 start against Paraguay at the Estadio Nacional de Brasilia on Tuesday.

The Argentineans are three points away from securing a place in the quarter-finals but will be looking to seal a top-two finish to avoid Brazil and Colombia in the first knock-out round.

On the other hand, the Paraguayans have reached the Copa America quarter-finals in nine of their last 11 tournament appearances.

Argentina’s narrow 1-0 victory over Uruguay in the second round of the Copa America group stage extended an unbeaten run in all competitions to 15 games (W8, D7).

Curiously, Lionel Scaloni’s men have opened the scoring within 33 minutes in each of their four matches in 2021 but failed to find the net beyond the 35th minute on each occasion.

Argentina’s late defensive worries remain a problem as they have recorded three of their four goals conceded this calendar year beyond half-time.

Barcelona stalwart Lionel Messi has been involved in both Argentina’s goals at the tournament so far, netting a stunning free-kick against Chile before setting up Guido Rodriguez’s winner against Uruguay.

However, the six-time Ballon d’Or winner has failed to score for Argentina from open play for over two years and will be eager to snap their streak against Paraguay.

Tottenham attacking midfielder Giovani Lo Celso has started against Chile and Uruguay but struggled to make an impact, with Scaloni replacing him in the second half on each occasion.

Paraguay staged a second-half comeback to beat South American minnows Bolivia 3-1 in their Copa America 2021 opener after falling behind inside the first ten minutes.

Before that victory, Los Guaranies had gone winless in four consecutive internationals (D3, L1), a sequence that saw them fail to keep a clean sheet three times.

The Paraguayans are now looking to launch their Copa America campaign with back-to-back wins for the first time since 2007, though they take on a team they have failed to beat in their last four Copa group stage encounters (D3, L1).

Though Almiron remains the standout name in Eduardo Berizzo’s squad, Argentina will have to be wary of Angel Romero.

The 28-year-old has opened his Copa America journey with a brace against Bolivia and netted Paraguay’s solitary strike in their last meeting with La Albiceleste.

The Argentineans have not lost any of their 25 Copa America fixtures against Paraguay (W19, D6).

However, Scaloni’s men have failed to beat the Paraguayans in any of their last four meetings (D3, L1) since hammering them 6-1 at the Copa America 2015.

Each of their last three H2Hs has featured the first-half opener in matches garnering under 2.5 total goals.