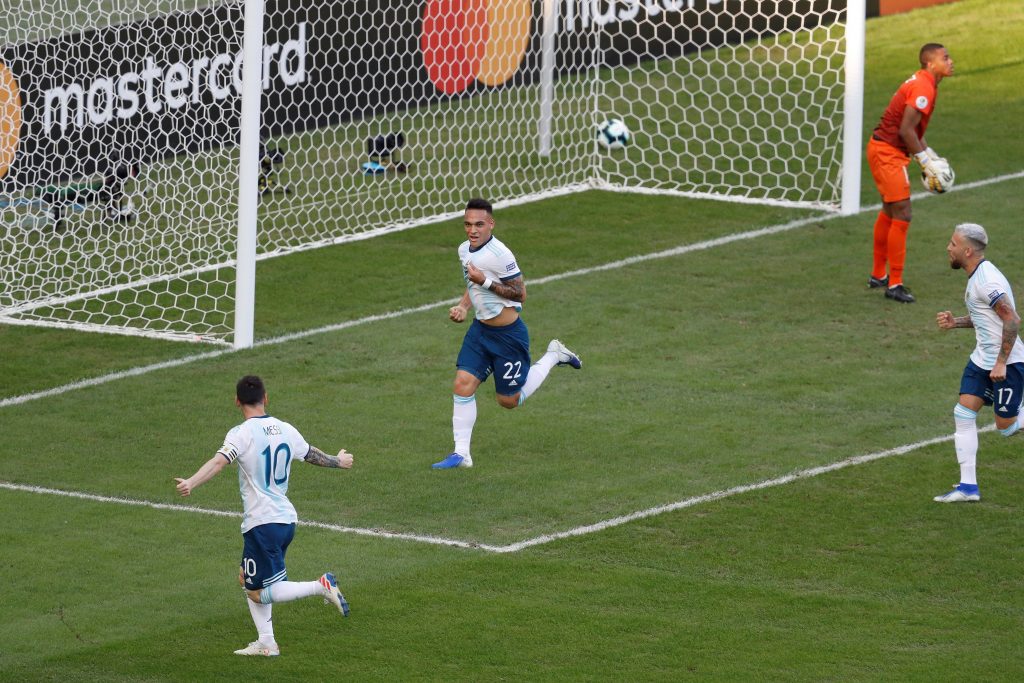 Argentina return to action with their first knockout fixture of Copa America 2021 as they lock horns with Ecuador at the Estadio Olimpico Pedro Ludovico on Sunday.

Argentina’s quest of winning their first continental crown since 2013 got off to a flying start as Lionel Messi looks to add a first international title to his illustrious cabinet.

On the other hand, Ecuador’s hopes of achieving their first Copa America glory face a formidable challenge, especially considering how they played in the group phase.

Argentina made light work of their Copa America group stage campaign, finishing top of the section with three consecutive victories following a 1-1 draw with Chile on Matchday 1.

La Albiceleste have now advanced to the major tournament knock-out stages for the 11th time in a row since suffering the 2002 World Cup heartbreak.

Curiously, Argentina’s 4-1 thumping of Bolivia in their final Group A fixture saw them open the scoring within 35 minutes of play in their seventh consecutive international.

Also, Lautaro Martinez’s 65th-minute strike last time out marked Argentina’s first second-half goal since October 2020, ending a run of seven matches in which they failed to trouble the scoreboard beyond half-time.

Lionel Scaloni’s men head into proceedings full of confidence after mustering up an intimidating 17-game unbeaten streak in all competitions (W10, D7).

Messi highlighted his record-breaking 148th Argentina cap with a brace against Bolivia to complete the Copa America 2021 group phase as the top scorer.

In addition to his three goals, the six-time Ballon d’Or winner has tallied two assists, which means he has had a hand in 71.43% of Argentina’s goals at the tournament so far.

New Barcelona acquisition Sergio Aguero is looking for his competition breakthrough after failing to hit the net in his last two Copa America starts.

The Ecuadorians have qualified for only their second Copa America quarter-finals in 24 years in the most bizarre fashion, having failed to win any of their four group stage fixtures.

Indeed, following a 1-0 loss to Colombia in their tournament opener, La Tri have played out three consecutive draws, including a 1-1 stalemate with Brazil on Matchday 4.

Yet, Ecuador’s defensive woes could come back to haunt them against Messi and co, with Gustavo Alfaro’s side failing to keep a clean sheet in their last 12 internationals.

To even stand a chance against Argentina, they will need to stay compact at the back, something they have failed to do in their last five competitive H2Hs.

If that’s not enough for concern, the Ecuadorians have gone winless in six straight games (D3, L3) since beating CONMEBOL whipping boys Bolivia in a friendly back in March.

Ecuador’s record in the knockout stage within major tournaments douses any embers of optimism heading into this encounter, with their solitary success in such contests dating back to the Copa America 1993.

Now would be the perfect time for Ecuador’s joint-record scorer Enner Valencia to get off the mark at the Copa America 2021 following a string of underwhelming group stage displays.

Though the last Copa America meeting between Argentina and Ecuador was 17 years ago, the Ecuadorians are unlikely to have erased the memory of a 6-1 thrashing.

More recently, the Argentineans have won three consecutive H2Hs by an aggregate score of 10-2, including a narrow 1-0 triumph in their most recent encounter back in October 2020.

Going back to 1997, La Albiceleste have suffered just three losses in 19 matches against Ecuador (W11, D5) and are justifiably warm favourites to progress into the semis.