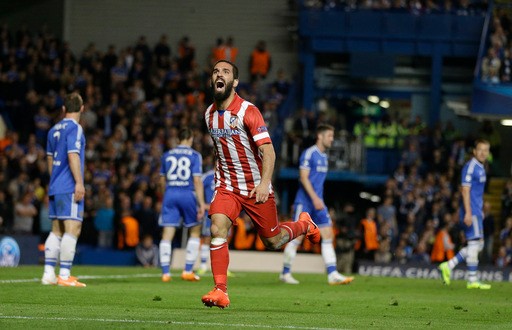 Catalan newspaper Sport has turned into a big joke this summer, as they continue to produce sensational reports, without proper foundation to the story.

Few days back, Sport were serially reporting on Barcelona’s interest in Angel di Maria, and claimed the Catalan club were ready to pay €70m odd for the Argentine winger. It created a stir, especially among the United fans, but the rumour died down quickly, as one would expect it boil off without having any substance to the story, apart from creative imagination. 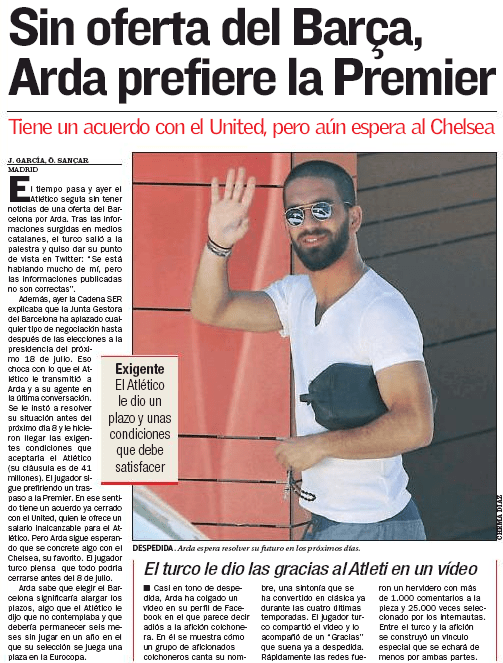 Yesterday, they published a front page report on Arda Turan, where they claimed the Turkish attacking midfielder had agreed a five-year-deal with the Catalan giants. According to the report, Barcelona would pay €35m plus add ons for Turan (he has a release clause of €41m), who dreams of playing along side Lionel Messi. The 28-year-old has rejected the chances of moving to Chelsea or Manchester United, as he commits his future to Barcelona.

Turan later made it clear such stories have no foundation and that he hasn’t committed his future to any other club, but he will do so shortly. It roughly means, he hasn’t agreed any deal with Barcelona. As of now.

Madrid based newspaper AS has a report on Turan today. Obviously they would cover the story from an anti-Barca angle. They claim Turan doesn’t want to waste six months on bench, as he cannot be registered before January.

Turan has already agreed a deal with Manchester United (they probably meant personal terms – again when did that happen?) but he prefers a move to Chelsea. Jose Mourinho rates him highly, and he wants to join his former team mates, Diego Costa and Thibaut Courtois.