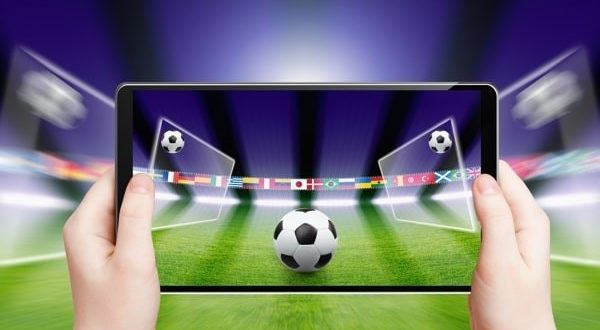 The 2020/21 season is reaching the business end, and there are a host of potentially pivotal games taking place across Europe during April.

Each of the main five leagues feature some eye-catching fixtures involving teams chasing silverware, while the Champions League and Europa League have reached the quarter-final stage.

Read on as we take a closer look at some of the biggest games taking place in Europe over the next few weeks.

Leipzig trail Bayern by four points in the Bundesliga table with eight games to play this season, and a defeat here would be a huge blow to their title hopes.

The home side have dropped just two points in their last eight matches and will fancy their chances of defeating the reigning champions.

However, Bayern have rattled off four successive victories in the Bundesliga and know what it takes to win crucial matches.

While Paris Saint-Germain have not had things their own way this season, they are still top of the Ligue 1 table with eight games remaining.

The two sides drew 0-0 in the reverse fixture, but PSG recorded a 3-0 victory over Lille in a recent French Cup meeting.

With just four points covering the top four heading into April, a win for either team would be a major boost to their title hopes.

The clash between Real Madrid and Liverpool is undoubtedly the standout tie in the 2020/21 Champions League quarter-finals.

Both teams topped their group in the opening phase and had little difficulty seeing off their respective opponents in the round of 16.

Madrid have won three in a row against Liverpool in the Champions League, and they look a good bet to enhance that record.

The Europa League is also down to the last eight, and the most attractive match-up sees Ajax go head-to-head with Roma.

Ajax dropped into this competition from the Champions League and have since defeated Lille and Young Boys in the Europa League.

Roma finished top of their group before defeating Braga and Shakhtar Donetsk in the knockout stage but could find things tough against the Dutch giants.

Atletico Madrid looked on course to romp away with the La Liga title, but Madrid and Barcelona have hauled themselves back into the race over the past few weeks.

Just six points covers the top three with 10 games to play, and the latest El Clasico could be a pivotal fixture.

Madrid triumphed 3-1 in the reverse fixture in October and will be confident of completing the double at the Bernabeu Stadium.

With Manchester City nailed on to win the Premier League this season, the chasing pack have been left to battle for the remaining top four places.

United are in a strong position with nine games to play, but Spurs have an almighty fight on their hands to bag a coveted Champions League spot.

Although Spurs have a relatively favourable run-in, a victory over United would undoubtedly be a major boost to their hopes.

Atalanta vs Juventus – Serie A – April 18

Juventus went into this season chasing a 10th consecutive Serie A title, but things haven’t gone to plan for them.

Inter Milan are favourites to claim top spot, leaving Juve in a six-way fight to secure a place in the Serie A top four.

Atalanta are one of the teams in the mix, and the winner of this game will be well placed to qualify for the Champions League.