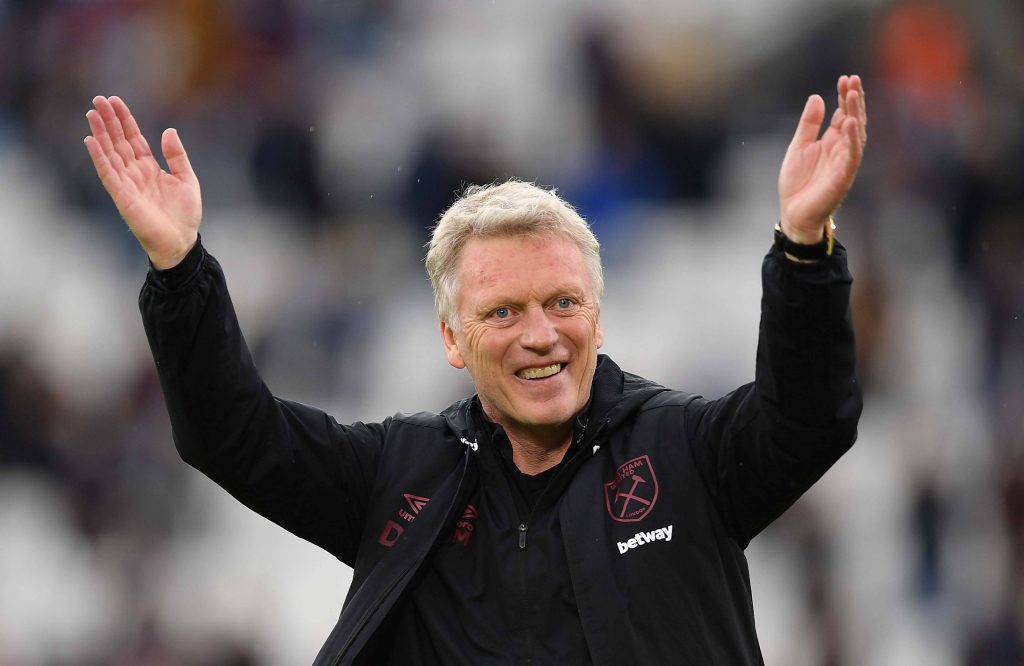 We are delighted to announce that manager David Moyes has signed a new three-year contract with the Club! ✍️

The 58-year-old led the Hammers to a sixth-place finish in the Premier League in 2020-21, and Everton were keen on bringing him back to Goodison Park as Carlo Ancelotti’s replacement.

However, Moyes has decided to extend his stay at the London Stadium and will be looking to impress with the side again next season.

He returned to West Ham in December 2019, guiding them to safety after Manuel Pellegrini left them in 17th in the Premier League table, one point above the relegation zone.

The Hammers came close to a top-four finish only for injuries to key players during the run-in to deal a blow to their chances.

However, securing Europa League football after coming close to relegation a year ago was huge, and it was not surprising when Everton came calling for Moyes.

He decided to stick with West Ham, and former centre-back Anton Ferdinand is pleased with the decision, taking to Instagram: 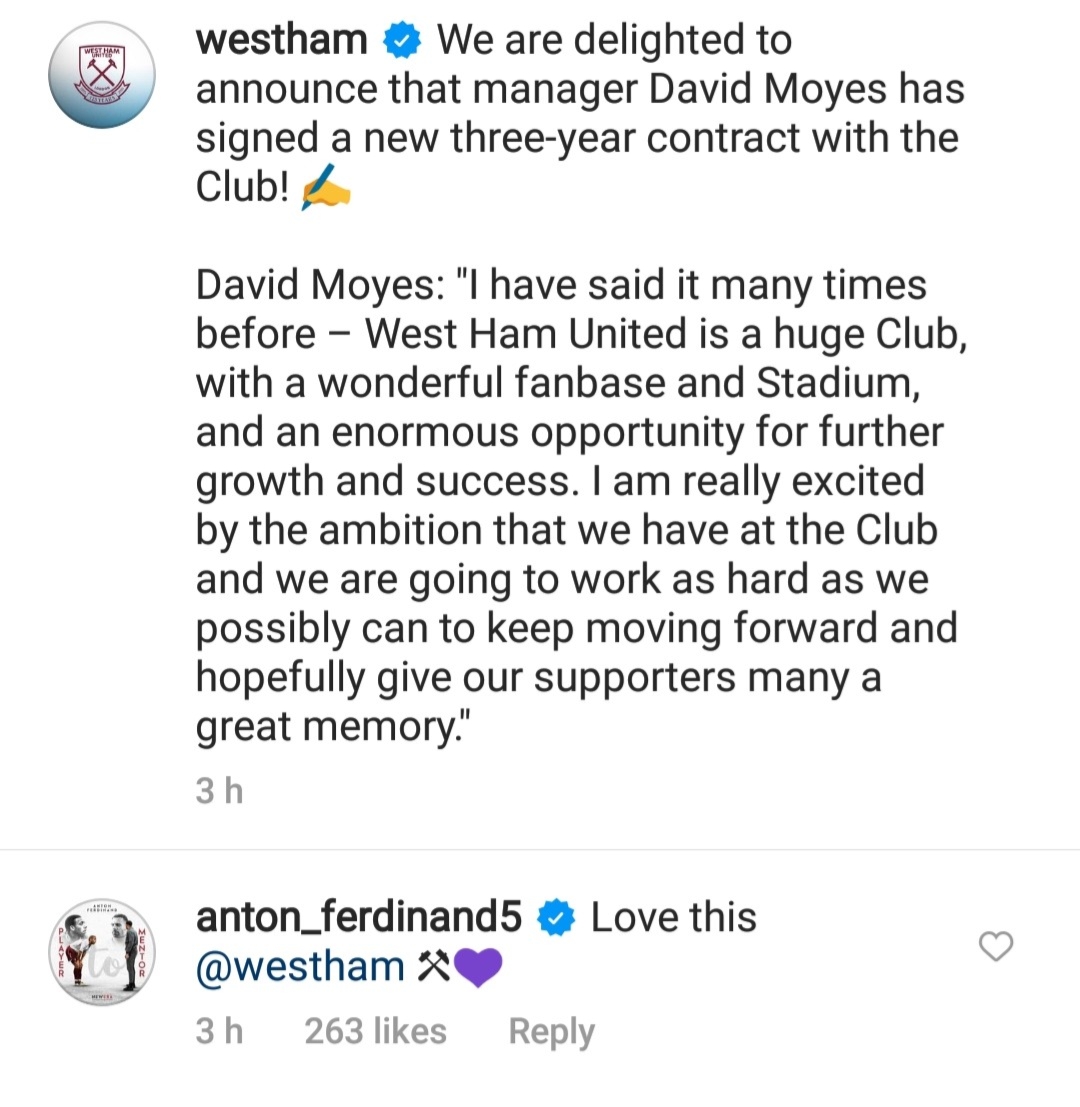 Moyes was first appointed as West Ham manager in November 2017 to replace Slaven Bilic with the team in the relegation zone.

He led them to survival with two games to spare, but his six-month deal was not renewed after it expired, with Pellegrini appointed instead.

The former Manchester United, Real Sociedad and Sunderland boss has re-establish himself as a top manager again.

He will now look forward to being supported in the summer transfer market by the West Ham board.