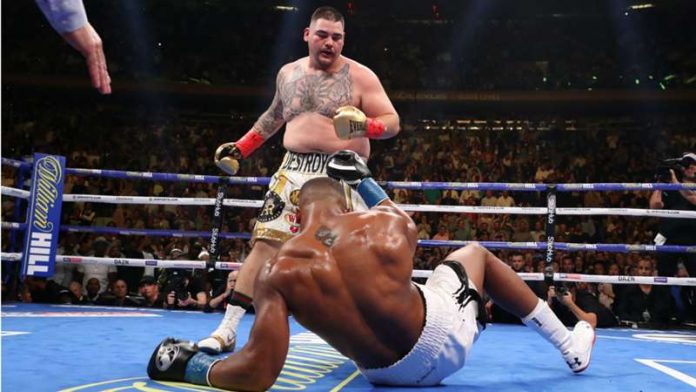 Former heavyweight champion Andy Ruiz has offered his own prediction for the highly-anticipated rematch between Oleksandr Usyk and Anthony Joshua.

Alongside Saturday night’s opponent, Ruiz is just one of two fighters to find a way past Joshua in a total of 26 bouts, having defeated the Brit back in 2019 in a seventh-round TKO.

In the process, he became the first ever Mexican to be crowned heavyweight champion, snatching all four of Joshua’s belts in a huge upset and revealing some of his glaring weaknesses throughout the fight.

However, the rematch later on in the same year saw Ruiz concede his titles, coming in 16 pounds heavier than the previous fight while Joshua worked hard to shred around 10 pounds in preparation. The latter claimed victory via unanimous decision, with scores of 118–110 on two judges’ scorecards and 119–109 on the other.

With the highly-anticipated Usyk versus Joshua rematch just days away, Ruiz has urged the Ukrainian not to lose focus and to avoid making the same mistakes he did in his own rematch.

He said “The fastest thing that I could say if Usyk doesn’t do the same thing that I did, then he’s gonna win the fight man.

“Because I have all the tools to beat Anthony Joshua, but things happened so fast, I was here, I was over there, I did not focus really on what I was supposed to do.

It’s all going down in Jeddah, Saudi Arabia.

Rage on the RED SEA.

“I know Anthony Joshua has a new trainer in Robert Garcia, he’s over there trying to show him the Mexican style to be aggressive, throw a lot of punches, to be first, to come at him.”

He went on to speak of his desire to complete a trilogy of fights with Joshua at a later date, regardless of whether he wins or loses this weekend.

“I should have had one more opportunity to get back those belts just like we gave him the opportunity with the rematch.

“Things happen, he lost again to Usyk and the best man wins.

Usyk and Joshua go toe-to-toe on Saturday night in Jeddah, Saudi Arabia – why not take a quick glance at our very own guide to the best boxing betting sites ahead of the bell.