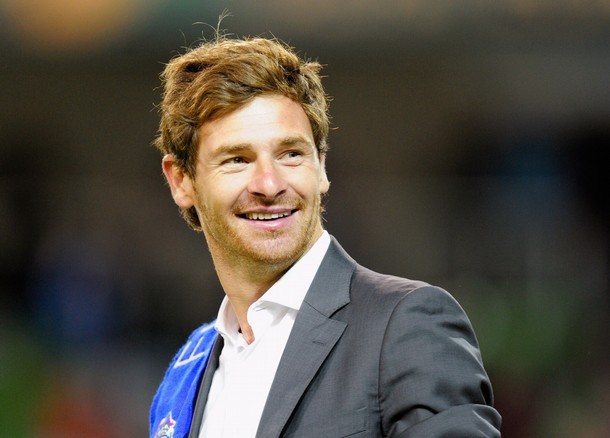 At just 33-years of age, Villas-Boas delivered an array of success and dominance during his inaugural – and last – season in charge of the Dragons. He produced an undefeated title march in the Portuguese league, accumulating 27 wins and three draws along with success in the nation’s domestic cup. On top of that his side overcame the endurance race of the Europa League which they clinched last month against fellow Super Liga outfit Braga in the Dublin final. As the famous old city in Ireland is renowned for its Guinness, many would have to consume such vast quantities of the black and white tonic to envisage such fantasies – yet young Boas does not need to resort to such measures – he is living the dream.

It is a startling rise to prominence for such a young coach, especially when you consider the fact that footballers entering their twilight years at a similar age, haven’t achieved anywhere near the same level of success. His rise began at just 16-years of age when he hassled the then Porto coach Sir Bobby Robson to take his advice and play Domingo Paciencia, who was ironically Andre’s opposite number for the Europa League Final. The late great was taken aback by the confidence and intelligence of the young kid and aided his rise up the coaching ladder – as well as handing him a role at the football club. At the same time a compatriot of Boas was also making strides in his coaching development, one Jose Mourinho. He and Boas would forge a real understanding of tactics, philosophy and most importantly a friendship in the years that followed.

Mourinho’s meteoric rise as a number one in the dugout was shared with Boas as he worked alongside the special one as a member of his backroom staff. It was up until 2009 at Internazionale when he decided to relinquish his duties with Mourinho and take the plunge as a head-coach with  the modest Portuguese club Academica de Coimbra. He made a real impression at The Students and although he had not been in charge for an entire campaign, it was more than enough to convince Porto president Jorge Pinto da Costa that he was the right man to succeed Jesualdo Ferreira at The Dragao.

He will be no stranger to the set-up at Stamford Bridge having worked there with Mourinho during his three year reign. Nevertheless this is a monumental gamble not only by his future employers but also by the man himself. He will be taking over a squad littered with world-class players, with some such as Frank Lampard and Didier Drogba being the same age as their new boss. What will work in the young buck’s favour is his relations with the aforementioned personnel along with Petr Cech, Paulo Ferreira and of course the skipper John Terry who he worked with closely during that glittering period of back to back Premier League titles.

Although the comparisons with Mourinho are scarily similar, it is the youngster who plays the more attractive brand of football. Chelsea are no stranger to the 4-3-3 formation and they will have no fear for change. Boas built his Porto team last season with that exact tactic. The architect of the midfield trio Joao Moutinho orchestrated developments going forward, feeding the front three of Hulk, Silvestre Valera and the composed Radamel Falcao. Amazingly Hulk and Falcao racked up 74 goals between them during the entirety of that successful campaign.

The new man is near perfect for the ethos Chelsea wants in a young aspiring manager. He has the affiliation to the West Londoners having worked as a first-team coach, his attributes are superb, he is littered with honours and has worked as an apprentice with the likes of Mourinho and Sir Bobby. The one thing that is missing from his CV is of course the Champions League. It is no secret that it is the Holy Grail for the club’s owner. He implemented Carlo Ancelotti as manager believing he was the man to deliver his obsession but the Italian came far too short by Chelsea’s standards. Therefore it is an indication of the new measures being taken by the Russian in adopting a new approach. Ancelotti’s successor has zero experience in the competition as a head-coach. The bellowing anthem that will be ringing in his ears as he stands on the sideline in September will be an unaccustomed adventure for him.

He is currently discussing personal terms with the club’s hierarchy with a weekly wage of around £90,000-a-week being touted. Discussions are also taking place on who will be apart of his backroom staff.

When he does sign on the dotted line he will officially become the Premier League’s youngest manager. Will he prevail at one of the continent’s biggest clubs? Time will tell but with the credentials and abilities he has, there is no reason why Chelsea cannot reap the benefits from the special one – mark two.