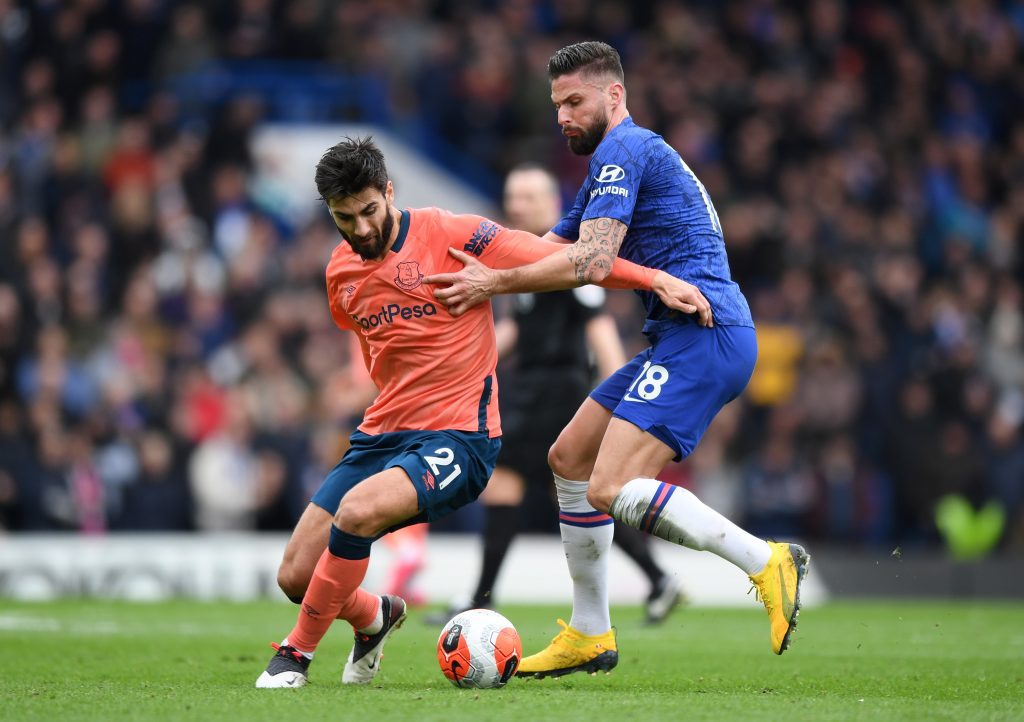 Everton produced arguably their worst performance of the season as they suffered an embarrassing 4-0 defeat against Chelsea in the Premier League on Sunday.

After the match, Everton midfielder Andre Gomes took to social networking site Twitter to express his reaction. He wrote that it ‘was a bad afternoon for us’, and that the players must learn quickly from their mistakes.

Gomes, who has recently returned to the starting line-up after a long injury lay-off, looked rusty during the game. In fact, Everton only managed 39% of possession and were outclassed by their opponent in every department.

Many Everton fans have responded to Gomes’ tweet to share their honest opinion. Here are some of the selected tweets:

You were horrendous, if your not feeling fully fit don’t play

Love you Andre but let your feet do the talking mate. Absolute shambles this afternoon. Feel so sorry for those that went.

Can you explain what has happened Andrè? We have gone two steps forward and then 3 back today😥

Some horrific, couldn't give a shit displays today Andre. All credit to you for having the bottle to post on Twitter tonight 👍

effort was pathetic andre. Can forgive bad games but some of you lot gave up today

Everton have improved under Carlo Ancelotti since he took charge in December, but the Toffees have now picked up only one point from their last three games against Arsenal, Manchester United, and Chelsea.

The Toffees find themselves 12th in the table, and Ancelotti has admitted that they can forget about competing for European places this season, especially after a performance like this.

Everton will face Liverpool next in the Premier League at Goodison Park.