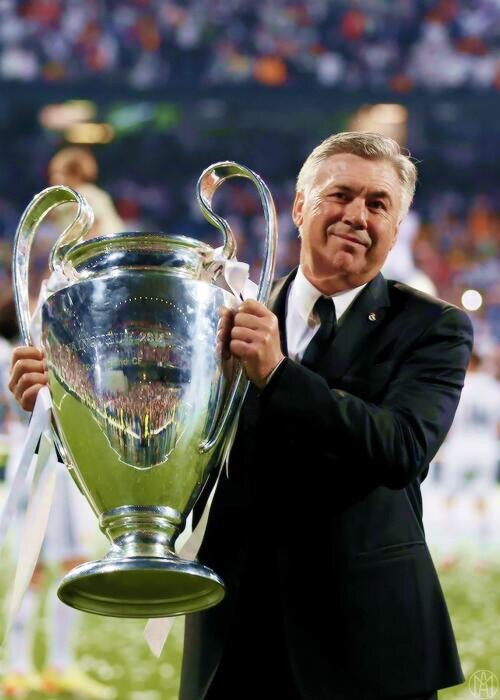 “I hope to be remembered here for a long time, hopefully not just for La Decima.”

When Carlo Ancelotti first arrived at the Bernabeu, he promised wins and beautiful football, and he certainly delivered on both fronts. Since he was appointed, real Madrid played 83 matches in all competitions, winning 65, making him the manager with the highest win percentage in the history of the club (78%). Real Madrid have also scored 232 goals in those 83 matches at a rate of 2.80 goals per match, again the highest rate in the history of the club (of all managers with 30+ games). And if that wasn’t enough, Real Madrid have only conceded 66 goals in his tenure at a rate of 0.80 goals conceded per game, yet again the best rate in the club’s history. So with all of these stats, it enough to call Ancelotti one of the all-time greatest Real Madrid managers? Probably, because these are not all the things he has accomplished in his short time with the club. On top of all the records mentioned, he was also the manager that ended Real Madrid’s wait for the coveted and long sought-after La Decima. Florentino Perez spent over a billion euros in a dozen years as he longed for his dream of seeing the 10th European Cup in the Bernabeu, yet Ancelotti ended his wait in his first season with the club. Ancelotti didn’t just win La Decima, he did it in style. In arguably the most dominant campaigns in the competition’s history, Real Madrid steamrolled teams in last season’s Champions League and scored 41 goals in the process. Those 41 goals were an all-time record breaking the previous record of 35 goals by Real Madrid and Barcelona. Real Madrid also equaled the group stage record for most goals with 20, and the record for most goals scored in a UCL final with 4. All of these show that Real Madrid probably did have the most complete campaign in UCL history.

Adding on to it was the Copa del Rey triumph vs. Barcelona in the final. Ancelotti brought the first Copa del Rey trophy to the Bernabeu since 2011; it was also the first time that Real Madrid won more than 1 title in a single season since 2002/03. 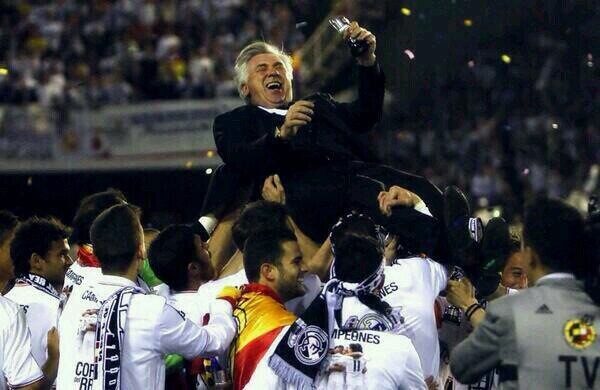 If all of that wasn’t enough, Ancelotti is the first manager in the club’s history to win 17 consecutive matches in all competitions, he passed the 15-match winning run accomplished by Mourinho and Miguel Munez, and needs just 2 more wins to break the all-time record for most consecutive wins in Spain’s history (18, set by Barcelona).

Ancelotti also stands on the cusps of another win, which is the quickest coach to get to 100 wins, currently held by Jose Mourinho who needed 133 games to achieve that feat. However, with Ancelotti at 65 wins from 83 matches already, it’s very hard not to see him take that record away from Mourinho as well.

So all of these stats, records, and accomplishments make Carlo Ancelotti without a doubt, one of the best Real Madrid managers in recent memory, but is he an ‘all-time’ great? That might be more arguable, but with his and the club’s willingness in extending his contract to 2017 or 2018, it is extremely difficult not to see him as one of, if not the best, manager once his tenure ends at Real Madrid.