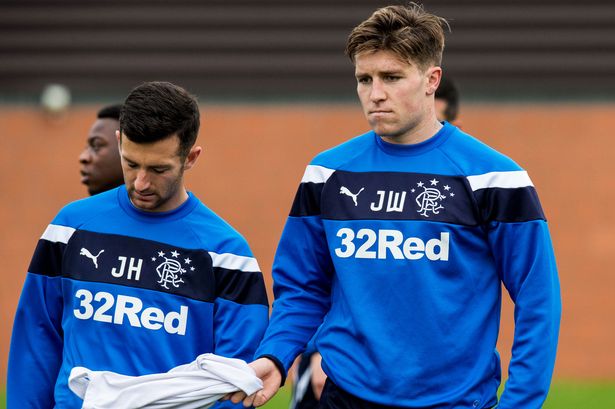 Glasgow Rangers midfielder Josh Windass is enjoying a superb campaign for the Ibrox club this season.

The 24-year-old has scored 15 goals already in all competitions, and has set a target of scoring 20 goals this campaign. If he continues to play at this form, the chances are very high that he will reach the target easily.

Former Gers player and club hero, Alex Rae, believes that it has been a remarkable turnaround for the former Accrington Stanley player, and has showered praise on him.

This time last season, he managed only one goal in 18 games. This season it has been a different story. However, it is not only just goals that has earned him a new contract recently, he has also managed eight assists in 31 appearances so far.

And the credit must go to Graeme Murty who never doubted his potential. His wages have increased, but so has his importance for the club.

Rae believes that if he continues to perform at this rate, his stick will increase and Rangers can sell him on a profit should they decide to do so in the future.

“I think he has started to settle down at Rangers and when you look at his return this season compared to last season, it is a remarkable turnaround in terms of goals. It is nine in five now,” said Rae, as quoted by the Evening Times.

“The club have recognised there is a bit of value from a playing point of view in giving him a new deal.

“If he continues to perform like that, over a sustained period of time, money wise it could prove to be a good piece of business for them somewhere down the line if they decide to sell him.”