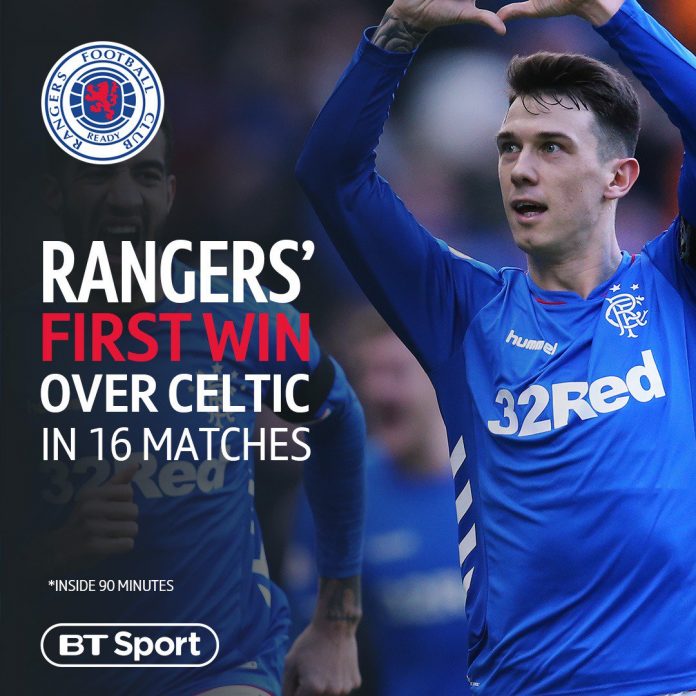 Glasgow Rangers picked up their first derby win over Celtic in 16 matches on Saturday at Ibrox.

The Gers earned a comfortable 1-0 win victory against the reigning Scottish Premiership champions. It was their first win against their arch rivals since 2012.

FT @RangersFC 1-0 @celtic
as comfortable a win the Gers following have seen in many a year they won every individual battle an thoroughly deserve the 3 points #OLDFIRM
???

It was arguably Rangers’ best performance of the season. Although the scoreline may suggest otherwise, it was indeed a comfortable win for the Gers.

Ryan Jack scored the only goal of the match in the 30th minute. Rangers defended well, and they thoroughly deserve their win on the back of a high-tempo display.

The Gers now have moved level with Celtic at the top of the Scottish Premiership table, although the Bhoys have played a game less.