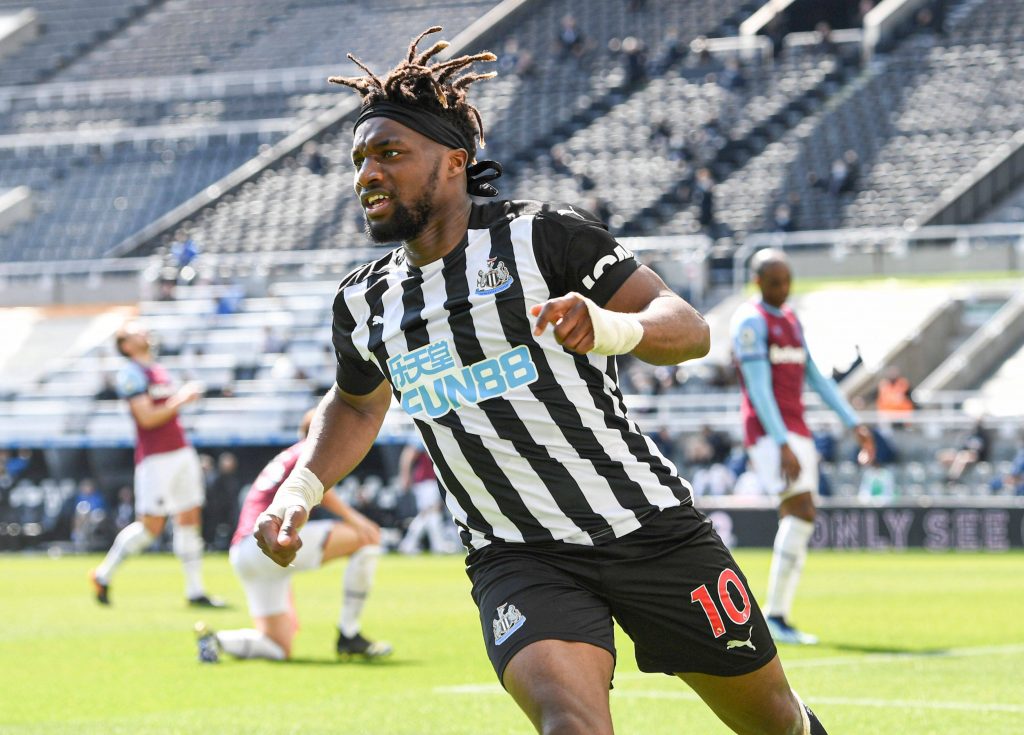 Newcastle United secured a 3-2 victory over West Ham United yesterday, moving nine points and three places off the relegation zone as a result.

The win edged the Magpies closer to safety, and French winger Allan Saint-Maximin played a huge role again as his side recorded crucial back-to-back victories.

The 24-year-old came off the bench to help Newcastle to a 2-1 win over Burnley last weekend, assisting and scoring to help Steve Bruce’s men pick up a crucial win.

Saint-Maximin’s return to fitness could not have come at a better time, and he has single-handedly handed them a massive survival boost.

The St James’ Park outfit face Liverpool, Arsenal, Leicester City and Manchester City in their next four matches before clashing with Sheffield United and Fulham in their last two games of the campaign.

Newcastle could end up securing safety before those last two games despite the quality of their next four opponents, with Saint-Maximin capable of inspiring them to cause upsets against the big clubs.

The Frenchman has the quality, but his end product continues to let him down. Magpies manager Steve Bruce has admitted that the winger’s style of play and decision-making often tests him to the limit.

Newcastle legend Alan Shearer also claimed last November that Saint-Maximin had not broken a sweat since signing his new six-year contract, but the former striker is now full of praise for the attacker following his recent displays.

The Geordie hero believes that the Frenchman is a genius, but he has told him to be more consistent if he wants to improve.

“Nobody else in the Newcastle squad can do what Saint-Maximin does,” Shearer told The Athletic.

“We know that Saint-Maximin has got the tricks and the skill, but often – and it is often – there isn’t the end product there should be with his ability.

“You saw that with Murphy’s goal – Murphy was free because Saint-Maximin had three Burnley players around him.

“From that point of view, he’s a big plus. I just hope those assists and goals continue, because he is capable of it. We know he can do it.

“He creates excitement and there’s been a lack of that in this Newcastle team. You just want him to go on a long run of doing that most weeks.

“One, that’s about keeping fit, which has been an issue for him and two, he has to be more effective.

“You can see that Saint-Maximin enjoys the adulation and being the centre of attention, which is totally fine, but to become better, to be special, you have to do it on a regular basis.”