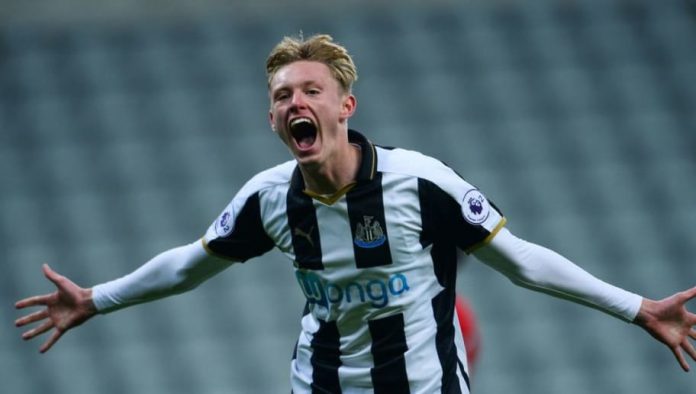 Newcastle United midfielder Sean Longstaff registered his first ever Premier League goal for the club last night, grabbing the second goal in the 2-0 win over Burnley at Saint James Park.

The delighted youngster took to Twitter afterwards to celebrate the landmark occasion.

Newcastle legend Alan Shearer has showered praises on Longstaff again, but he reckons he needs to work on his goal celebration.

Here is how the former striker reacted to the midfielder’s tweet.

Fabian Schar grabbed the opener 24 minutes into the game with a great goal, and the academy graduate wrapped things up 14 minutes later.

Burnley attempted to get back into the game, but Newcastle proved too much for them to handle.

The 21-year-old has made 10 more appearances across all competitions since then, registering his first goal in the FA Cup replay against Blackburn Rovers mid-January.

Longstaff put in a memorable performance during the shock 2-1 victory over Manchester City last month, winning the penalty that gave Newcastle the win.

By securing their eight league victory of the campaign at the visitors’ expense, the Magpies moved seven points clear the drop zone, and safety looks very much within reach from the look of things.