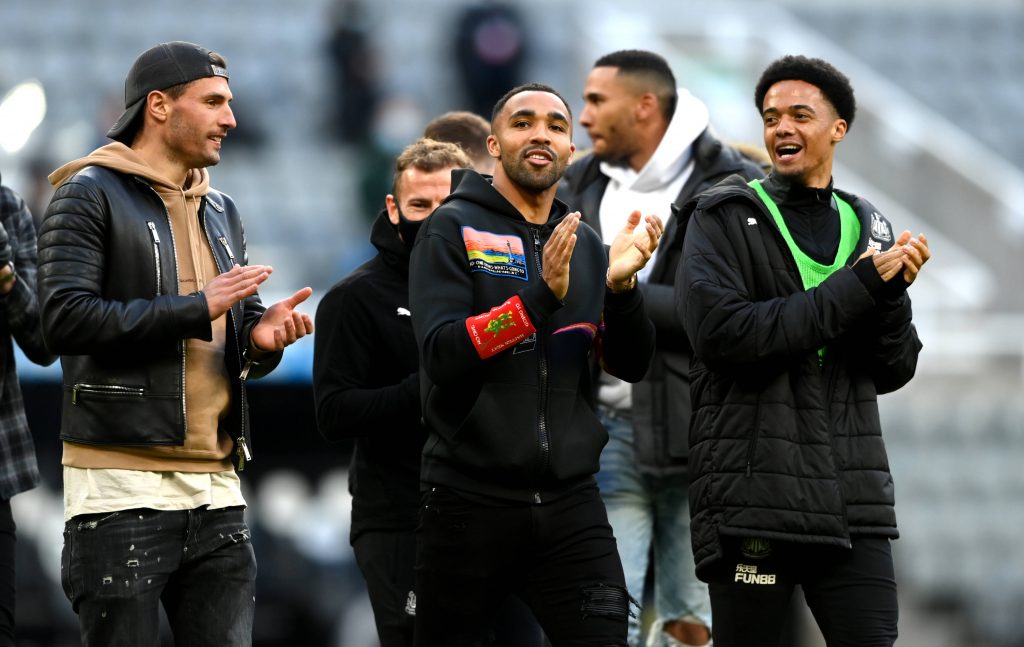 Wilson took the number 13 jersey when he joined the Magpies last season, with the Brazilian holding on to his shirt.

Shearer is pleased to see Wilson emulate him, reacting on Twitter after the 29-year-old shared the news:

Joelinton has struggled since joining Newcastle from Hoffenheim in 2019, scoring just 10 goals in 86 appearances across all competitions.

Newcastle fans have argued that he was not deserving of the number 9, with the expectations that come with the iconic jersey weighing him down.

Perhaps, the Brazilian will start delivering now with the pressure taken off him, and Wilson will relish establishing himself as a Toon hero.

The four-time England international scored 12 goals in 26 top-flight appearances after joining Steve Bruce’s side from Bournemouth and will be aiming to bag more next season.

Wilson did not make manager England’s Euro 2020 squad and may need to score at least 20 league goals in 2021-22 to increase his chances of going to the World Cup next summer.

A lot is expected from Newcastle’s number 9s, and Wilson now has to prove that he is worthy of the jersey.