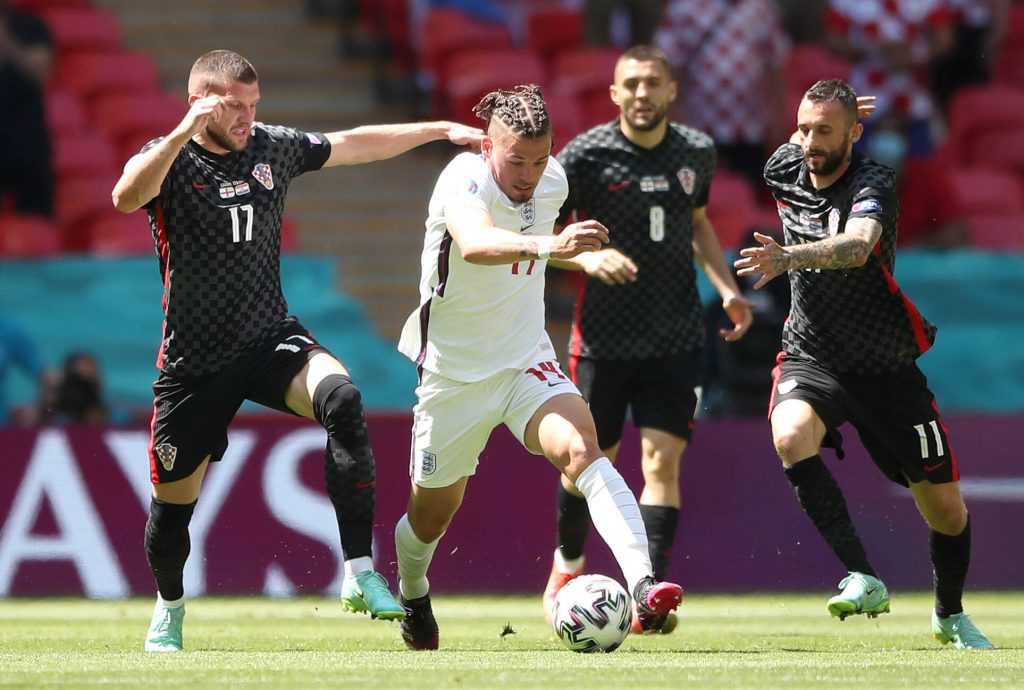 England picked up a narrow 1-0 win over Croatia in the European Championships on Sunday, with Raheem Sterling scoring the match-winning goal.

Gareth Southgate’s men seemed in reasonable control throughout the contest despite not producing a spectacular performance.

However, some of the individual displays certainly caught the eye.

Sterling put on a splendid display for his country, while Kalvin Phillips was also outstanding in the middle of the park.

The 25-year-old harassed the Croatian midfield with his relentless pressing throughout the game. He was excellent defensively, providing a shield for the back four.

The midfielder also played a big role in England’s goal, setting up Sterling’s winner with an impressive solo run.

Former England international Alan Shearer heaped praise on Phillips, stating that he was the best player on the pitch against Croatia.

“He had energy, he had the maturity, he had everything you want from a midfielder.

“He was up, he was down. The pass for the goal was superb. He was protecting that back four at times. Fantastic.”

It was a very positive start and plenty of good performances but @Kalvinphillips was MOM for me. 👍🏻 https://t.co/gqjtYilZfG

Phillips will be delighted with his performance in the opening game of the European Championships, and he will be hoping to build on it over the next few weeks.

The Leeds midfielder seems to have formed a reliable partnership at the heart of England’s midfield alongside Declan Rice.

It will be difficult for the likes of Jordan Henderson to get back into the starting line-up if they continue to perform at this level.

Read: Leeds keen on a move for 17-goal winger this summer.